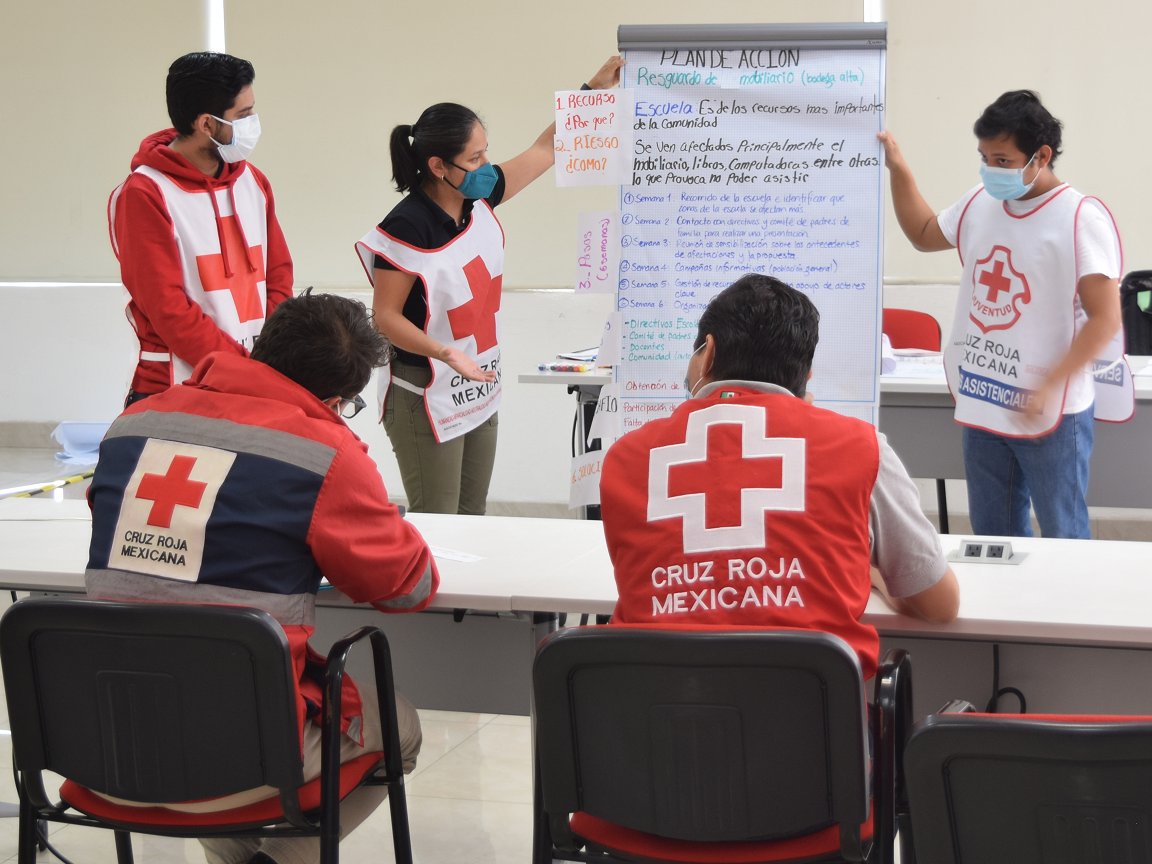 (This blog was originally published last month on the Flood Resilience Portal.)

Since 2014 the Mexican Red Cross (MRC) has worked to strengthen community resilience together with the IFRC as part of the Zurich Flood Resilience Alliance.

The Flood Resilience Program in Mexico (PRAIM, for its initials in Spanish) has focused on building capacities and reducing vulnerabilities in more than 20 flood-affected communities in the state of Tabasco.

Recent collaboration with the Climate Centre has allowed the programme to ensure communities are not only prepared for existing levels of flood risk, but also aware of the increasing risks posed by climate change.

“This collaboration did not start with a specific goal to be achieved; rather it evolved naturally over time as a mutually beneficial collaboration,” said Brenda Ávila Flores, PRAIM Program Leader.

During an initial phase of collaboration, the Climate Centre assisted the PRAIM team in accessing climate change information and provided participatory methods for sharing this information within the community, particularly via the Climate Training Kit and Y-Adapt.

In early 2020, the MRC team, along with volunteers, visited a local high school in the town of Las Nieves in order to carry out a session of interactive games focused on climate change.

The 14- and 15-year-old students participated enthusiastically in activities focused on the differences between weather and climate and were able to build on some climate change knowledge they had begun to develop in the classroom.

Due to the Covid-19 pandemic, schools transitioned to distance learning and many in-person activities were suspended across Red Cross programmes nationally. Opportunities for reaching young people were further limited by serious floods during late 2020.

Given these challenges the PRAIM pivoted their strategy to lead a workshop for facilitators who were given the skills to later replicate climate change activities in local communities.

Generally, the impacts of global phenomena, such as climate change, are described in global terms; however, building community resilience requires a local understanding of the impacts that can be caused by these phenomena. This paradox motivated the team to find a way to bring climate change information closer to the communities in Teapa, Tabasco.

”Climate change is normally presented as a global phenomenon with global impacts and people ask themselves, ‘How will this affect my community? ‘How will this change my day-to-day life?’,” said Juan Bazo, Climate Science Adviser and Latin America Focal Point for the Climate Centre.

On the basis of analysis of minimum temperature, maximum temperature and average rainfall, this reference document presents possible future climate scenarios that can be used to evaluate possible impacts and take early mitigation or preventative actions.

Via community consultations the team coupled technical expertise with local knowledge to achieve a comprehensive perception of risk.

This period of close collaboration between the Mexican Red Cross and the Climate Centre has been a constructive and rewarding experience for all.