‘Europe is heating up faster than predicted by climate models’ 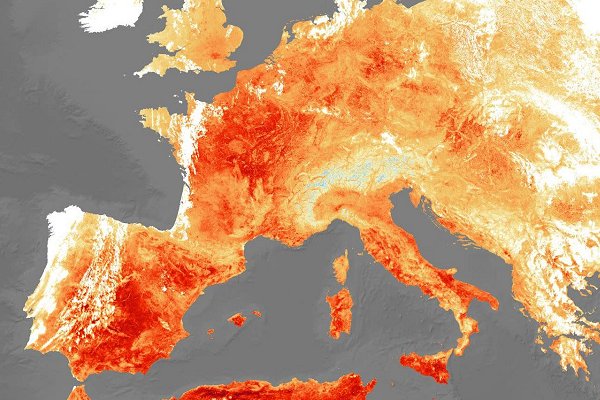 A study first published last month designed to test climate models by cross-referencing actual observations since the 1950s has found Europe is warming faster than indicated by the models.

The study, by the Swiss Federal Institute of Technology in Zurich, says the average number of days of – potentially lethal – “extreme heat and heat stress” has more than tripled from less than two a year to more than six.

Cold and hot extremes have both warmed at almost all measuring stations (94 per cent) – “a climate change signal that cannot be explained by internal variability,” says the study, which has been published by the American Geophysical Union (AGU).

Lead author Ruth Lorenz said “these trends are much larger than what we would expect from natural variability. That’s really a signal from climate change,” according to an AGU press release this week.

Geert Jan van Oldenborgh, a climate scientist at the Royal Netherlands Meteorological Institute, said in the release: “In the Netherlands, Belgium and France, the model trends are about two times lower than the observed trends. We’re reaching new records faster than you’d expect.”

Van Oldenburgh, a partner in the World Weather Attribution group, was not directly connected with the Swiss study.

European summers and winters will only grow hotter as climate change accelerates, it says, affecting cities and people not prepared for dangerous heat-extremes.

Climate Centre Director Maarten van Aalst told the Earther news site in response to the study that “while for many people a heatwave just means a few hot days in the office, or even a nice day at the beach, heat is literally life-threatening to vulnerable groups like the elderly and chronically ill.

“Contrary, for instance, to storms and floods, these casualties usually do not make news. We only see them later in the statistics – no death certificate gives ‘heatwave’ as a cause of death, even if heat is actually a key factor in mortality.”

But Professor Van Aalst, also a WWA partner, added that “even on the shortest timescales, simple actions can make all the difference. Just asking an elderly neighbour if they’ve had their six glasses of water can literally save lives.”

“We need to address the root causes of climate change, but also create liveable cities with green spaces and houses adapted to the heat,” Van Aalst told Earther.

Professor van Aalst said the Swiss findings confirmed the results of several WWA studies, including on the two major recent heatwaves in Europe (earlier this month and in July).