Opinion: Dengue and climate – how close a relationship? 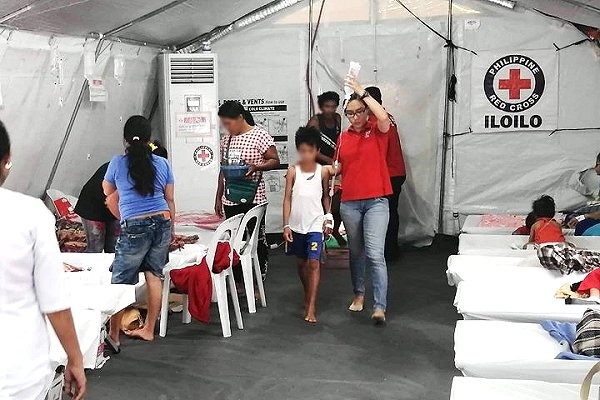 (The Climate Centre’s director here argues for more research that would enable the climate question to be answered for dengue fever and other vector-borne diseases worldwide.)

Have you heard of Japanese encephalitis, or lymphatic filariasis, or chikungunya? Probably not, unless you’re a specialist. Do you know what these three diseases have in common?

It’s likely that many of us who think of climate change have a vision of extreme weather – storms and heatwaves – or rising sea-levels making life in the world’s coastal regions difficult and dangerous.

Less likely, perhaps, that we imagine an increase in something called “vector-borne disease”, or that – if we live in a temperate country and don’t go to the tropics on vacation – we’ve even heard of dengue fever.

It’s not quite as simple as this, but let’s make it so for the sake of argument: for “vector” read insect.

“Vectors” are simply a scientific term for often bloodsucking organisms that transmit disease between humans, or from animals to humans, of which the best known, by far, are mosquitoes.

But others include ticks, flies, lice, sandflies, Tsetse flies, fleas and – believe it not – some freshwater aquatic snails, as well as some you also probably haven’t heard of, like triatomine bugs (that spread American trypanosomiasis).

The climate point? “Global travel and trade, unplanned urbanization and environmental challenges such as climate change,” says the World Health Organization, “can impact on pathogen transmission, making the transmission season longer or more intense or causing diseases to emerge in countries where they were previously unknown.”

What the three diseases we began with have in common, along with dengue fever, is that they are all transmitted by one type or another of mosquito; and mosquitoes, like most creatures, including people, are choosy about their habitats, preferring precisely the sort of conditions the current monsoon in Asia is now generating.

The research that would conclusively link a particular spike in dengue to a clearly climate-related warmer, wetter season somewhere does not yet exist. But the general risk must be there; and in all likelihood it’s intensifying.

The IFRC said last week that dengue cases are on the rise across monsoon-affected Asia, especially (alphabetically) Bangladesh, Cambodia, Laos, the Philippines, Thailand and Vietnam, as well as the Marshall Islands where, with July, this month is one of the hottest; and there are other countries too.

WHO says the “global incidence of dengue has grown dramatically in recent decades” and about half of the world’s population is now at risk; it reports a “sharp increase” in dengue this year, which certainly tallies with Red Cross Red Crescent experience.

In the Philippines, where an “an unprecedented nationwide emergency alert” for dengue was issued last month, Red Cross CEO Richard Gordon said “tens of thousands of patients are streaming into overcrowded hospitals”; the government reported 540 deaths as of 3 August.

In Bangladesh, where millions of people have been affected by monsoon floods, hospitals are also struggling to cope with a “huge” number of dengue patients, the Red Crescent says.

Health facilities and National Societies in many other countries are also at full stretch battling seasonal dengue outbreaks.

So can we not straightforwardly say that climate change expands mosquito breeding-grounds that in turn boost the incidence and prevalence of dengue and other vector-borne diseases?

The disease risk in a warmer wetter world is so obvious and the circumstantial evidence involving seasonal outbreaks so compelling as to be all but undeniable.

But what we cannot yet do with the raft of different causes is weight environmental factors and urbanization, human interventions like public health initiatives (or the lack of them) and globalization, and also both climate variability and climate change.

A 2015 study of the impact of seasonal climate variations on dengue in Bangladesh in Nature, for example, concluded that “further research is needed to disentangle [the] effects” of the El Niño Southern Oscillation, the Indian Ocean Dipole (that influences monsoon rainfall), and other local variations in temperature/rainfall.

And never, arguably, has the need been greater for such research to separate the various factors involved and enable early action to address rising risks since, as the WHO puts it (my emphasis): “Not only is the number of cases increasing as the disease spreads to new areas, but explosive outbreaks are occurring.

“The threat of a possible outbreak of dengue fever now exists in Europe as local transmission was reported for the first time in France and Croatia in 2010…”.

Our inability, for the moment, to quantify the climate-related danger exactly does not make it any less real.

But equally certain are the measures we can take in the humanitarian sector to reduce it with – prominent among them – an effort that is best led by community-based volunteers to eradicate mosquito-breeding grounds using simple, affordable technology.

As is so often the case with public health, the Red Cross Red Crescent is well placed to help lead the way in partnership, especially, with health ministries and others.

“People can control and prevent dengue outbreaks, and we should send that message very strongly,” she said last week.

“In 2012 work ended on Health risk management in a changing climate, the first project of its kind, implemented by the IFRC and the National Societies of Indonesia, Kenya, Tanzania and Vietnam and focused on the intersection of climate information and rolling back malaria and dengue fever in the Asian countries and diarrhoeal disease in Africa.”

With the current surge in dengue fever now claiming hundreds of lives and the dismaying annual six-figure toll from malaria, many of them young children, we need more projects like that, and more research to back them up.

A Philippine Red Cross field hospital in central Iloilo province, last month – one of several parts of the country where a dengue epidemic has been officially declared. The Red Cross says its nearly 100 blood-service facilities nationwide are “working double-time” to ensure transfusion supplies for treatment of the haemorrhagic complications of dengue. (Photo: PRC via Twitter)