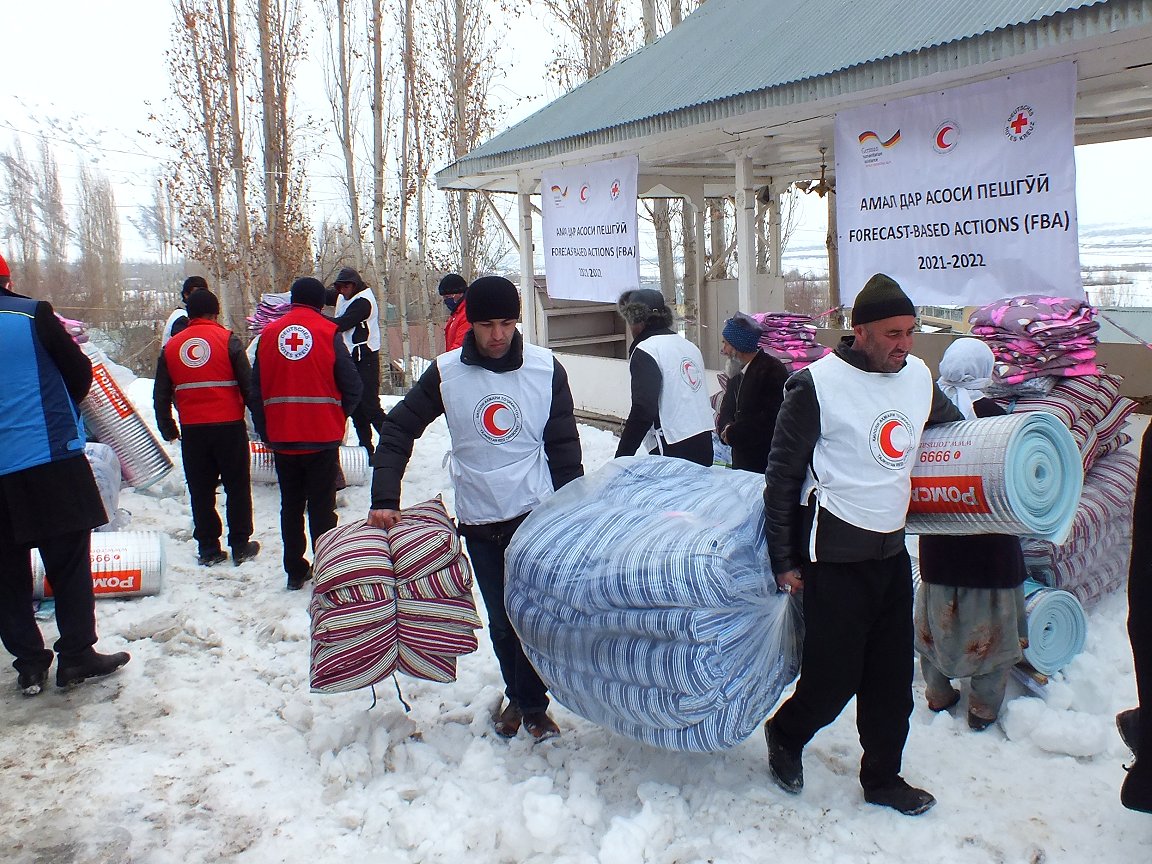 by the Tajikistan Red Crescent

(This story appeared first late last month on the Anticipation Hub. It has been edited slightly here for length and time references.)

An extreme cold-wave was forecast by the Tajik hydrometeorological agency on 19 January, with sub-zero temperatures expected from 25–29 January.

Weather forecasts indicated temperatures in central northern areas could fall as low as -28°C over five days, and as low as -22°C in the central and western areas.

The Red Crescent Society of Tajikistan has been preparing for such a scenario since 2019. With support from the German Red Cross and the Climate Centre, it has developed triggers based on low temperatures to implement anticipatory actions in advance of a cold wave.

The trigger is -21°C for target zones in the central northern areas of Tajikistan; in central western areas it is -16°C; in eastern areas -39°C.

As the temperatures were forecast to be below the trigger levels, a test simulation of anticipatory actions was conducted to support rural communities facing the most serious impacts.

Northern and western areas were selected as priorities due to their high vulnerability and poverty levels.

On 21–22 January 2022, Red Crescent staff and volunteers with support from the German Red Cross distributed family kits with non-food items to 185 households in the village of Hisorak, Rasht district, in the central western area.

The dispatch of trucks to the target communities in the north had to be postponed and eventually cancelled due to some 15 avalanches that restricted access to the main road network.

This issue as well as the overall experience of the test activation will be used to further develop the early action protocol for cold waves in Tajikistan.

According to the long-term forecast by Tajik Hydromet, further cold-wave anomalies were expected in early February, with temperatures predicted to be a few degrees below average and accompanied by heavy snow and rain, and strong winds.

The FbF projects in Tajikistan and Kyrgyzstan were launched in 2019 and support the development of EAPs for both cold waves and heatwaves; they are funded by the Deutsche Bank Stiftung with additional funds from the German Federal Foreign Office.