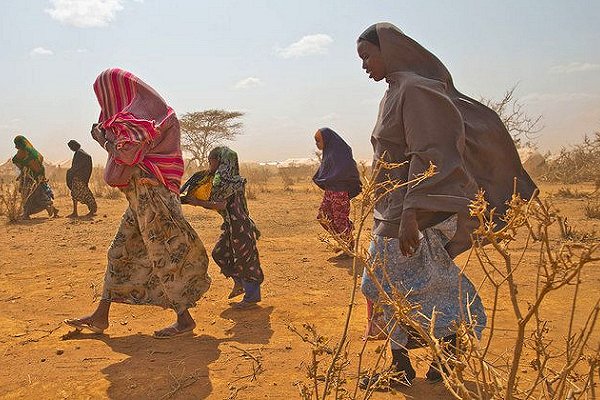 The World Meteorological Organization yesterday said July at least equalled, if not surpassed, the hottest month in recorded history, after the warmest-ever June on record.

Data from the Copernicus Climate Change Programme that the WMO provides to the UN system shows that – based on the first 29 days of the month – July 2019 will at least be on a par with, and possibly marginally warmer than, the previous warmest July, in 2016, which was also the warmest month ever.

“The latest figures are particularly significant because July 2016 was during one of the strongest occurrences of the El Niño phenomenon, which contributes to heightened global temperatures,” a WMO press release said. But unlike 2016, this year has not been marked by a strong El Niño.

Announcing the data in New York, UN Secretary-General António Guterres said: “We have always lived through hot summers. But this is not the summer of our youth. This is not your grandfather’s summer.

“All of this means that we are on track for the period from 2015 to 2019 to be the five hottest years on record. This year alone, we have seen temperature records shattered from New Delhi to Anchorage, from Paris to Santiago, from Adelaide and to the Arctic Circle.

“If we do not take action on climate change now, these extreme-weather events are just the tip of the iceberg. And, indeed, the iceberg is also rapidly melting,” Mr Guterres said.

“Preventing irreversible climate disruption is the race of our lives, and for our lives. It is a race that we can and must win.”

Exceptional heat has been observed across the globe in recent weeks, with at least five European countries logging record high temperatures, most recently the UK.

‘We have always lived through hot summers.
But this is not the summer of our youth.
This is not your grandfather’s summer.’

As the heat dome spread northwards through Scandinavia and towards Greenland, it accelerated the already above-average rate of ice melt, the WMO said.

“The extraordinary heat was accompanied by dramatic ice melt in Greenland, in the Arctic and on European glaciers.

“Unprecedented wildfires raged in the Arctic for the second consecutive month, devastating once-pristine forests which used to absorb carbon dioxide and instead turning them into fiery sources of greenhouse gases.

“This is not science fiction. It is the reality of climate change. It is happening now and it will worsen in the future without urgent climate action.”

The WMO quotes Russian Federal Forestry Agency estimates that, as of 29 July, wildfires in Siberia have destroyed more than 33,000 square kilometres, “causing massive ecological devastation and impacting air quality for hundreds of kilometres. The smoke can be clearly seen from space.”

The WMO says heatwaves kill thousands of people every year and “often trigger secondary events such as wildfires and failures in electrical grids. Urbanization compounds the problem.”

Refugees from Somalia arrive at the Burumino refugee camp in Ethiopia. Due to poor rainfall and continued insecurity in Somalia, the number of refugees at the camp has increased. The photo illustrated UN news coverage of yesterday’s statement on the exceptional July heat by the World Meteorological Organization. (Photo: Jiro Ose/UNICEF)