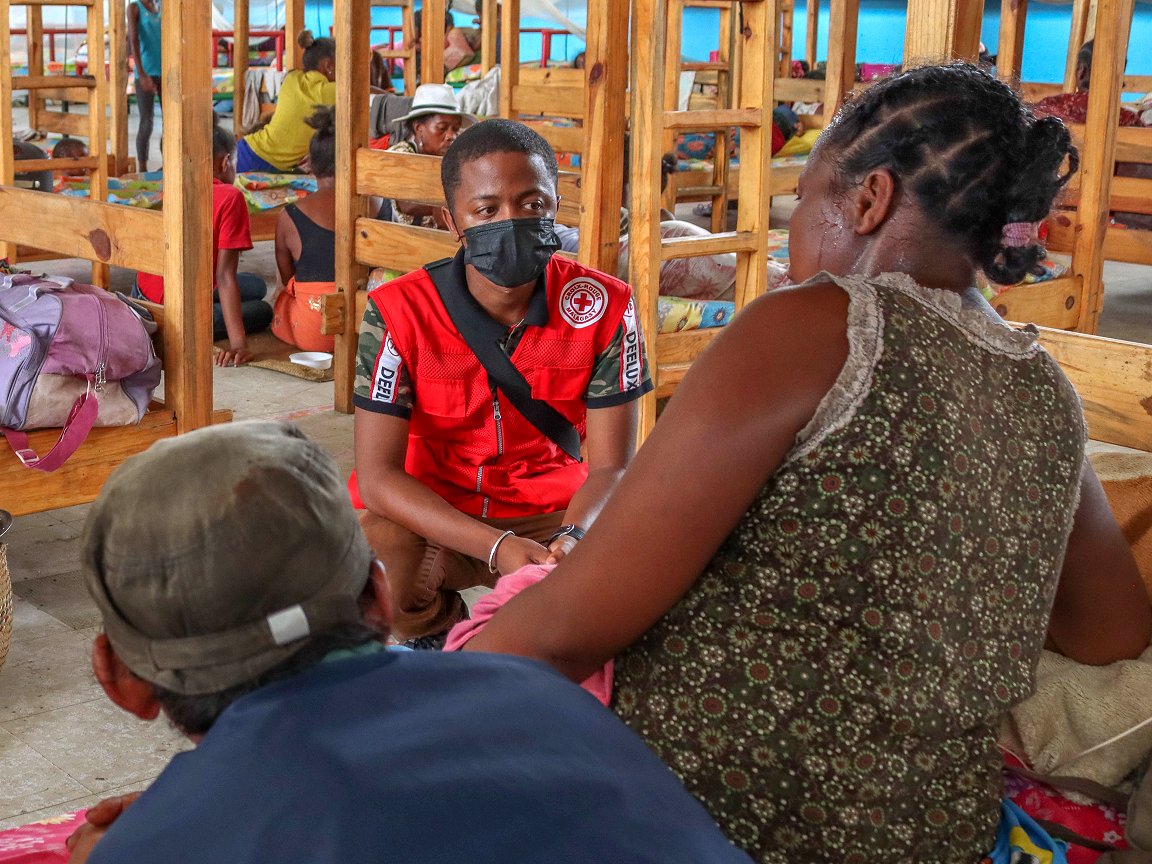 (This story is an IFRC press release issued in Nairobi yesterday.)

As parts of Southern Africa are reeling from the impacts of tropical storms and cyclones and other parts of the continent are facing severe droughts, the IFRC is calling for urgent investment in local action to combat the effects of climate change.

The call comes ahead of the 6th European Union-African Union summit which gets underway today in Brussels.

At the same time, humanitarian organizations in Africa warned this week of a catastrophic hunger crisis in the Horn of Africa – Kenya, Somalia and Ethiopia – where more than 20 million people are feared to face starvation because of prolonged drought.

Mohammed Mukhier, the Regional Director for IFRC Africa said: “What we are witnessing is a manifestation of the impact of climate change on the continent.

“We need to strengthen investments in local preventative measures that build people’s ability to cope with these intensifying disasters.”

Countries in Africa are only responsible for 4 per cent of global carbon emissions, and at the same time are disproportionately affected by the widespread consequences of climate change and accelerated environmental degradation.

Yet climate financing pledged by world leaders is slow to reach the people on the ground who are most exposed to climate risks.

Ahead of the summit, the IFRC calls for renewed efforts to build and implement a new Africa–EU partnership that would answer to the needs of the most vulnerable people exposed to the impacts of climate change and the environmental crisis, strengthen food and health security and address forced migration.

In the longer term, the role of local actors should be strengthened to support communities in building resilience and addressing humanitarian and development challenges on the continent.

Communities in Africa and elsewhere are also increasingly impacted by multiple hazards in addition to the changing climate, which are compounding their vulnerabilities and affecting their capacity to cope.

“Communities can hardly recover before they are hit by another disaster,” said Andoniaina Ratsimamanga, Secretary General of the Malagasy Red Cross Society.

“Madagascar is a case in point where we saw a devastating drought last year, and before those effects could be relieved, some of those same communities have been impacted by Cyclone Batsirai recently.”

To support countries to cope, there is an urgent need to address underlying vulnerabilities in communities, including poverty and marginalization, and providing support to those most exposed to the impacts of climate change.

At the same time, there is incredible potential that lies within the African continent to address these challenges, including innovative approaches by young people to issues such as land restoration and the use of digital platforms.

Madagascar’s coastal districts of Toamasina I and II are especially vulnerable during cyclone season. In the picture the Malagasy Red Cross were assisting local authorities there to set up safe accommodation sites earlier this month, ahead of Cyclone Batsirai making landfall. (Photo: Caren Ramanantoanina/IFRC)