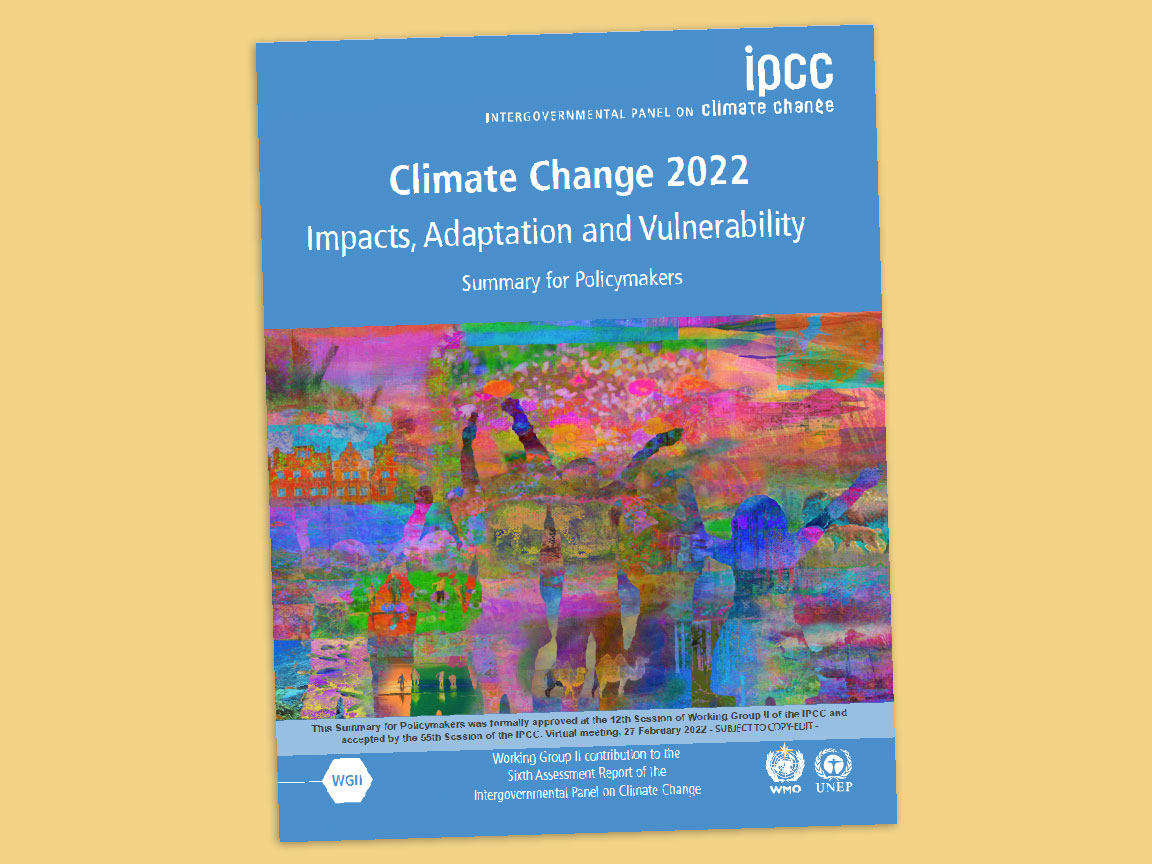 (This story is an IFRC press release issued in Geneva earlier today.)

The IFRC today called for urgent local action and funding, particularly for those most vulnerable, to combat the devastating humanitarian impacts of the climate crisis confirmed in today’s report by world’s climate scientists.

For the first time, the report by the Intergovernmental Panel on Climate Change published today notes that climate change is already contributing to humanitarian crises in vulnerable contexts.

In addition, climate and weather extremes are increasingly driving displacement in every region of the world.

IFRC Secretary General Jagan Chapagain said: “The IPCC report confirms what the IFRC and its network of 192 National Red Cross and Red Crescent Societies have already witnessed for years: Climate change is already disrupting the lives of billions, particularly the world’s poorest who have contributed the least to it.

“The global response to Covid-19 proves that governments can act decisively and drastically in the face of imminent global threats.

“We need the same energy and action to combat climate change now, and we need it to reach the most climate-vulnerable communities across the world so that they have the tools and funding to anticipate and manage risks.”

The report, authored by more than 200 climate experts, reaffirms the key principles that the Red Cross Red Crescent network has been calling for to tackle climate change: that local action is key in tackling climate change and that responding to disasters after they happen will never be enough to save lives and combat a crisis of this magnitude.

The latest science confirms, with very high confidence, that climate impacts and risks exacerbate vulnerabilities as well as social and economic inequities.

Maarten van Aalst, coordinating lead author of the report and Director of the Red Cross Red Crescent Climate Centre said: “This report is a flashing red light, a big alarm for where we are today. It tells us in unequivocal scientific language that the window for concerted global action to secure a liveable future is rapidly closing.

“It demonstrates that all the risks we were concerned about in the past are now are now coming at us much faster. But the report also shows that it is not too late yet. We can still reduce emissions to avoid the worst.

“Alongside, we’ll have to manage the changes we can no longer prevent. Many of the solutions, such as better early warning systems and social safety nets, have already proven their value.

“If we raise our ambition to adapt to the rising risks, with priority for the most vulnerable people, we can still avoid the most devastating consequences.”