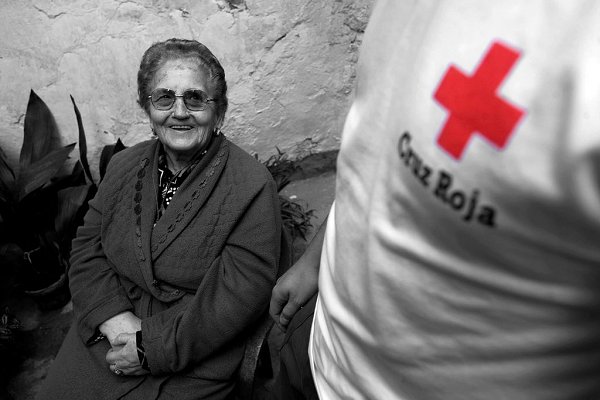 (This story appeared first on Tuesday on the website of the Thomson Reuters Foundation. The IFRC last week issued a call for people to check on vulnerable neighbours, relatives and friends amid record high temperatures in Europe.)

The impact of June’s extreme heat across France, Spain and other parts of Europe is likely to have been less damaging than in the past because governments put in place measures to cope after a deadly 2003 heatwave, scientists said Tuesday.

Governments were spurred into action by a European heatwave that year that caused the deaths of more than 35,000 people, and are now better prepared to keep their citizens safe, according to climate scientists at the World Weather Attribution group.

The international partnership analyses the possible influence of climate change on extreme weather events, from floods to droughts.

The scientists on Tuesday released a rapid assessment of three days of scorching heat in France from June 26–28, saying climate change made the event five times more likely and had boosted the temperature of the heatwave by about 4°C.

The death toll linked to health effects from the recent heatwave will not be known for a few weeks, they said.

“We hope that this heatwave has become much less deadly than the 2003 heatwave because of the adaptation measures that have been taken,” he told journalists.

Those measures – put in place from Paris to Barcelona – included handing out water at train stations and in other public places, asking people to check on elderly neighbours and relatives, and opening air-conditioned schools, libraries and other “cool shelters” for city residents.

Robert Vautard, a senior scientist at France’s National Centre for Scientific Research, noted the recent heatwave was most extreme in southern France, where housing and social systems are already more adapted to extreme heat.

But the temperature in the city of Paris remained relatively “reasonable” at about 35°C or 36°C, which was lower than in 2003, reducing the negative consequences, Vautard added.

Friederike Otto, acting director of the Environmental Change Institute at Britain’s University of Oxford, said research on a 2006 heatwave in Europe showed the 2003 wake-up call had led to fewer deaths as authorities brought in preventive measures.

This week’s rapid assessment said post-2003 heat plans had been activated for this June’s heatwave and had probably helped ease the impacts.

For example, the all-time national temperature record temperature was correctly forecast to within 1°C, and the prediction came at least three days in advance.

Scientists decided to analyse the impact of the June heatwave in part because it came at a time of year when the French population is still at work and at school before the summer holidays, potentially making people more vulnerable. The elderly and children are especially at risk in heatwaves.

The French government decided to postpone one national exam because of the heat, despite the huge organizational challenges involved, the researchers noted.

They examined the daily mean temperature – 27.5°C across France over the three days – rather than the maximum or minimum temperature because it is a better indicator of health impacts, they said.

Multi-day heatwaves have proportionally larger health effects, and three days is a length that captures those impacts reasonably well, they noted.

The scientists warned that heat extremes are likely to rise as climate change warms the planet on a trajectory expected to exceed limits set by governments in a 2015 Paris climate accord.

Global average temperatures have already risen by 1°C, and are on track to become at least 3°C hotter than in pre-industrial times, scientists have said.

If the world hits 2°C of warming and heatwaves follow their current trends, “a heatwave like this will be the norm in June,” warned Jan van Oldenborgh.

The Alicante provincial branch of the Spanish Red Cross was among those across Spain, France and elsewhere in Europe to call on people to keep an eye on the vulnerable elderly during last week’s exceptional heatwave. (Photo: @CRAlicante via Twitter)