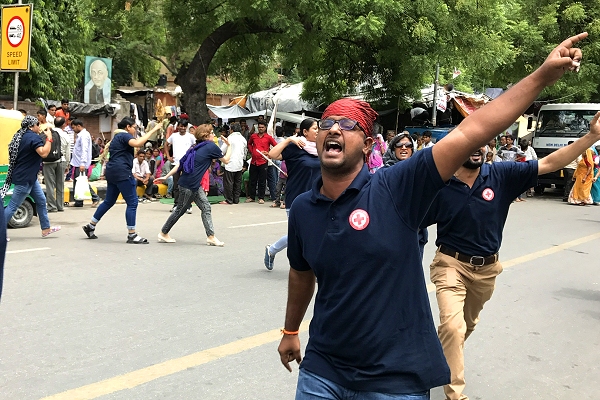 The IFRC’s specialist reference centre on climate developed the new kit together with the International Federation’s own secretariat and the Netherlands-supported Partners for Resilience (PfR) programme. (The Climate Centre is hosted by the Netherlands Red Cross in The Hague.)

The kit, of which the first version was rolled out in 2014, incorporates many additional modules and tools, including content covering cities and young people.

“It centres on interactive, flexible learning-modules with plenty of our games and exercises, films, presentations, reading materials and case studies drawn from National Society experience around the world,” said Fleur Monasso, Manager, Capacity Strengthening and Partnerships, and lead on the kit project at the Climate Centre.

“Trainers can select tools from the modules to compose a curriculum that meets their specific training needs, while tailoring it to their own context and audience.

“Many of the resources can also be effectively used in dialogue on policy with governments and other stakeholders, or in awareness-raising activities and campaigns.”

The Climate Training Kit was first developed with the support of the Canadian Red Cross and to date its resources have been used in many countries worldwide.

The Indian Red Cross contingent of young people who formed flashmobs in Delhi in June 2017 to convey messages on heatwave safety; they were also invited to perform at the city’s international airport. The photo appears in a section on assessment and awareness-raising in the new Climate Training Kit. (Photo: Aditi Kapoor/Climate Centre)