International Federation at ECOSOCHAS: ‘Listen to the science on climate’ 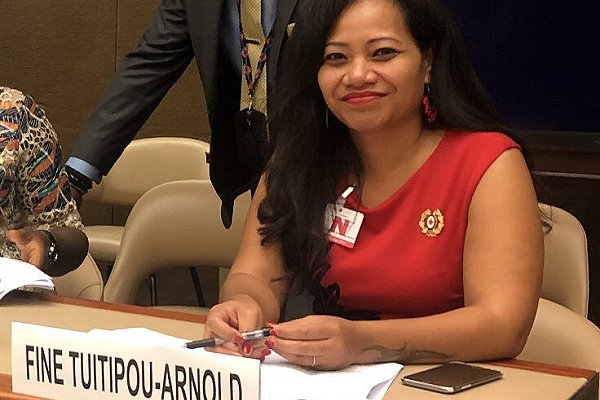 IFRC Secretary General Elhadj As Sy Tuesday issued a new call for the international community to “listen to the science that has been telling us for many years that our Earth is warming”.

He was speaking in Geneva on a high-level panel at the 2019 Humanitarian Affairs Segment of the United Nations Economic and Social Council (ECOSOCHAS), which ended yesterday.

The session title was: “Preparing for the future in the face of climate change and weather-related disasters: strengthening preparedness and humanitarian response and collaborating to build resilience and address escalating risks and challenges.”

The panel heard opening remarks from Omar Hilale, Permanent Representative of Morocco to the UN and Vice-President of ECOSOC; it was moderated by Ursula Mueller, UN Assistant Secretary-General for Humanitarian Affairs and Deputy Emergency Relief Coordinator.

The panel would also “investigate ways to ensure the needs and rights of people affected and displaced by disasters and climate change are effectively met [through] strengthened preparedness, response and resilience building as well as the use of technology, risk analysis and data, predictive analytics, forecasting and early warning.”

In his contribution Mr Sy added that “we need to listen to the politics…that is creating an enabling environment for a better understanding and true response.

“We need to watch and listen to activists, including the young people who are on the streets week after week, calling us all to take responsibility for our behaviours and attitudes today…

“We also have to listen where it is all happening and where it matters most, which is at the community level. It’s there that the effects of climate change are felt, and where actions will be taken, or not.”

The IFRC was represented yesterday on another ECOSOCHAS panel, “Localization under the looking glass: what we have learned and where we are headed”, by Fine Tuitupou-Arnold, Secretary-General of the Cook Islands Red Cross Society.

She described localization as an exercise in “building each other’s strengths, relationships, mutual respect and trust”.

The ICRC’s Head of Policy Hugo Slim Monday told an ECOSOCHAS high-level side-event the challenges that had emerged on “today’s battlefields” included: a significant increase in warring parties, often fighting in coalitions; military force alongside criminal or intercommunal violence; combined “virtual and physical violence”; and the “double impact of climate risk and armed conflict that is compounding the vulnerability of civilians.”

According to an ECOSOC resolution from April, the theme of this year’s humanitarian affairs session was: “Promoting action to save lives, reach those in need and reduce humanitarian risk, vulnerability and need: looking towards the 70th anniversary of the Geneva Conventions of 12 August 1949 and the climate summit [later this year] called for by the Secretary-General”.

Fine Tuitupou-Arnold, Secretary-General of the Cook Islands Red Cross Society, who told an ECOSOCHAS panel this week that localization is an exercise in building “strengths, relationships, mutual respect and trust”. (Photo: social media)