IFRC at #GPDRR2019: ‘Let’s be climate smart and risk informed in all we do’ 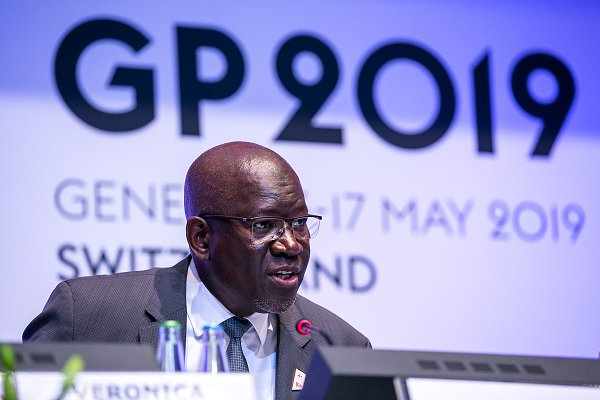 The week-long Global Platform for Disaster Risk Reduction, hosted by the Swiss government in Geneva and organized by UNDRR, closed today with a warning that not enough countries are putting strategies in place to prevent disasters and reduce current losses from disaster.

The Director-General of the Swiss Agency for Development and Cooperation, Manuel Sager, giving the chair’s summary, told the closing ceremony that “the current pace of implementation [of the Sendai agreement] is not fast enough”, adding that “risk-informed investment and development decisions are still the exception rather than the rule”.

The UN Secretary-General’s Special Representative for Disaster Risk Reduction, Mami Mizutori, said: “This has been a week where pathways to exclusion have been fully explored because inclusion does matter if we are to achieve the Sendai targets and reduce the numbers of people affected by disasters in the same way that progress has been made on reducing mortality.”

Ms Mizutori said the 2019 Global Assessment Report on Disaster Risk Reduction, launched during the global platform, included “a clear message that risk is more deeply embedded in the world around us than we previously realized”.

In his own official statement at the global platform yesterday, IFRC Secretary General Elhadj As Sy (photo) said that for the building of “a safe and resilient world”, four steps were essential.

“Collectively we need to prioritize the most vulnerable people,” he argued, ensure that global commitments translate into local impact, and strengthen early warning for early action, while governments and donors needed to adopt “a coordinated approach to development, disaster risk reduction and climate adaptation, in laws, policies and planning as well as investments and programming”.

Mr Sy told the global platform audience: “We know that advances in science, technology and coordination allow us to act before crisis occurs, and we all need to act to together to scale up systems for early warning early action and preparedness for response.”

He urged governments and donors to expand such work, adding that he was proud to have the support of the German government and Red Cross for forecast-based financing within the IFRC network.

Mr Sy concluded: “Let us be climate smart and risk informed in all we do.”

The introduction to a global platform side-event on Wednesday entitled Cracking the nut: unlocking the dividends of investments in early action, organized by the Climate Centre and forecast-based financing partners WFP, noted that FbF has “grown exponentially in recent years, with at least 30 countries developing early warning early action systems”.

The session aimed at “a solutions-oriented dialogue around the multiple dividends arising from investments in early action, challenges and opportunities, and practical next steps.

“We will crack the nut of understanding incentives to make early action scalable and effective.”

IFRC Under Secretary General Jemilah Mahmood, meanwhile, told a special global networking event that she was “absolutely delighted” to be joining the advisory group of the Partners for Resilience alliance.

She affirmed that a key IFRC priority was to ensure that global vision and ambition “is actually going to translate into local action and impact”.

The Wednesday evening event – We bend, we do not break – was named after a new report from CARE Nederland, released to coincide with it, that illustrates how the PfR agency and its local partners in six programme countries have helped communities become more resilient.

Jointly organized by PfR, the IFRC, the Partnership for Environment and Disaster Risk Reduction Network, and the Nature Conservancy, it drew around 100 participants to discuss the future of integrated resilience-building (see PfR recommendations to the global platform).

Climate Centre engagement this week in Geneva included sessions on the use of games and humour for raising awareness, and a “kinetic sculpture” demonstrating the value of early warning.

On Monday Professor Van Aalst moderated a side-event at the Multi-Hazard Early Warning Conference organized by the World Meteorological Organization – one of the official preparatory events for the global platform.

IFRC Secretary General Elhadj As Sy at a global platform high-level dialogue yesterday: Leaving no one behind – investing in local action and empowering those more at risk. (Photo: Antoine Tardy/UNDRR)