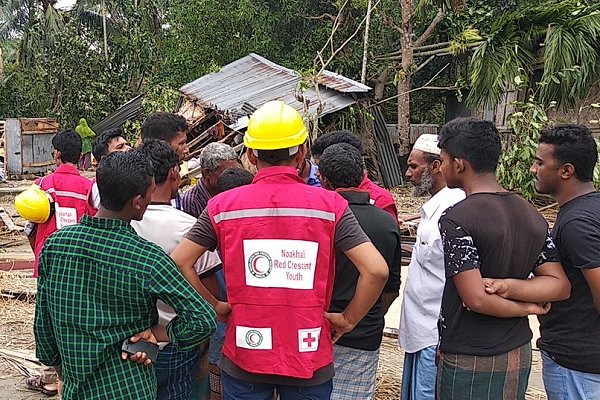 The UN and local media have praised the accuracy of the forecast-based warnings that kept deaths from Cyclone Fani in India and Bangladesh to a minimum.

The United Nations Office for Disaster Risk Reduction (UNDRR) yesterday tweeted that “[W]eather models were a vital part of the early warnings which saved lives”.

UNDRR spokesperson, Denis McClean, told reporters in Geneva Friday that the zero-casualty policy of the government and the “almost pinpoint accuracy of early warnings from the India Meteorological Department [IMD] enabled the authorities to conduct a well-targeted evacuation plan which involved moving more than 1 million people into storm shelters.”

Clare Nullis of the World Meteorological Organization told the same briefing Fani had made landfall with wind speeds equivalent to a Category 3 hurricane and was “one of the most intense storms to have hit Odisha [state] in the previous 20 years.”

But she added that “as a result of effective disaster mobilization” it was hoped casualties would be kept to a minimum.

The Times of India yesterday reported the IMD “ran data through ten specialized weather models”, which all suggested that a developing area of low pressure in the southern Bay of Bengal that had first rung an alarm bell on 21 April was going to turn into a cyclone.

Dr Mritunjay Mohapatra, IMD cyclone specialist, told the Press Trust of India it began issuing special bulletins on 25 April, adding that assistance from other agencies of the Indian Ministry of Earth Sciences played a crucial role in predicting the storm’s behaviour.

This included data from satellites and more than 20 buoys of the Chennai-based National Institute of Ocean Technology, he said.

The UN in Bangladesh, meanwhile, reported that the storm crossed the country on Saturday and has now dissipated.

A bulletin from the Resident Coordinator yesterday said “significant preparedness and immediate response measures taken by the authorities, together with the Bangladesh Red Crescent Society and volunteers, limited the loss of life and damage to property and infrastructure.”

The Bangladesh government said 1.6 million people from coastal regions were evacuated to shelters, where food, medicine and drinking water were provided; most returned home over the weekend.

The IFRC said yesterday that as a huge clean-up operation got underway in affected areas of both India and Bangladesh, the Red Cross and Red Crescent was assessing what help people needed.

An IFRC news story said: “Roads are being cleared and communication lines restored, although it might be up to two weeks for full connection to be restored to some remote areas.

“The approach of the cyclone – one of the strongest storms to hit the Indian subcontinent in decades – was met with intense disaster preparedness work by the Indian Red Cross Society and the Bangladesh Red Crescent Society.”

In Odisha Red Cross staff and 1,500 volunteers trained in first aid, disaster management and rescue passed on life-saving early-warning messages to millions of people in the most at-risk districts, the IFRC added.

A huge clean-up operation is now underway in India and Bangladesh after Cyclone Fani, but reports from agencies and media agree human losses were kept to a minimum through good early warnings and preparedness. (Photo Noakhali Red Crescent Youth volunteers and community members: BDRCS)