IFRC: One of the strongest storms to strike the Indian subcontinent in decades makes landfall 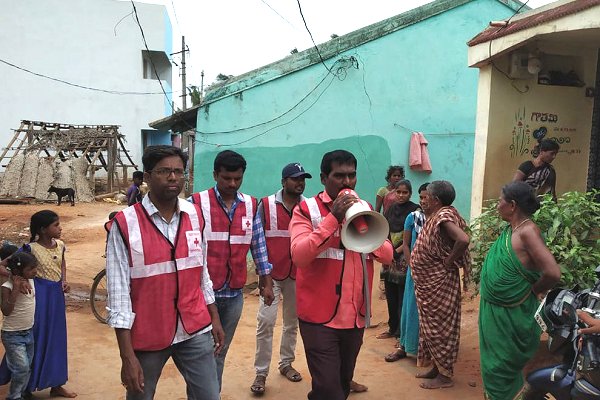 Cyclone Fani, one of the strongest storms to hit the Indian subcontinent in decades, made landfall near Puri, India, at 8am today, with winds gusting at more than 190kph.

Tens of millions of people are in the cyclone’s path, and more than a million were evacuated from the coast in India alone.

Stretches of coastal India and Bangladesh are threatened by storm surges, and heavy rains could cause flooding.

Local authorities have set up around 850 shelters.

The Indian Red Cross is operating 65 shelters in Odisha state, with a capacity of 1,000 to 3,000 people in each. They can withstand winds of 400kph and storm surges of 1.5 metres.

For India, the IFRC has allocated 87,700 Swiss francs from its Disaster Relief Emergency Fund for preparedness, initial assessment and, if necessary, emergency assistance.

A total of 59 million people in Bangladesh (total population 165 million) could be exposed to cyclone winds or a deep depression.

Communities there have been advised to listen for evacuation orders related to Fani, which has now been downgraded from a “severe extreme cyclonic storm” to a “very severe storm”.

The Indian Red Cross today tweeted that it had some 5,000 volunteers working in 65 cyclone shelters in 14 districts affected by Cyclone Fani, described by the IFRC and in media reports as one of the strongest to hit the subsontinent in decade. All the Red Cross shelters were stocked with dried food and emergency supplies. (Photo: Indian Red Cross)