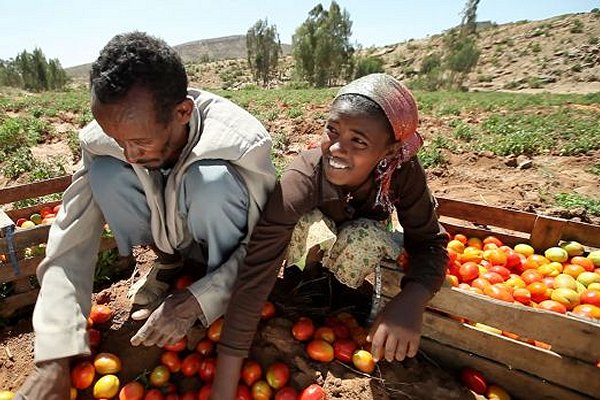 More than 250 people attended the 13th international conference on community-based adaptation to climate change (CBA13) in Addis Ababa last week to discuss how adaptation can contribute to a climate-resilient future.

The four-day conference, which ended on Thursday, provided a platform for debate on how to advance community-based adaptation to effectively reach the most vulnerable.

It explored three key themes, on enabling climate finance to flow at scale to support effective adaptation, harnessing emerging technologies and practices to build resilience, and feeding the experience of local climate action into policy-making in the most vulnerable countries.

Key messages were also generated in a Talanoa dialogue session, exploring how climate resilience can be delivered on the local level by 2050.

The opening plenary featured a video address by World Bank CEO Kristalina Georgieva, who said: “To safeguard our present and future, we must support communities around the globe as they work to build resilience.”

Ms Georgieva also recalled January’s announcement by the World Bank Group that it was more than doubling financial support for adaptation to US$ 50 billion, for the first time putting this on what she called “an equal footing” with its commitment to mitigation.

Climate Centre Director Maarten van Aalst says a number of adaptation partners have called for a rethinking of the traditional approach centred on projects: the BRACED programme, for instance, has concluded that while community-based projects supported by up to four-year grants were highly successful, the deepest impacts stemmed from sustained efforts, often based on investments begun well beforehand linked to government or market systems.

“We need urgent and sustained action, supporting long-term adaptation driven by local communities themselves,” he said in The Hague last week as CBA13 drew to a close.

“It is critical that national and global climate ambitions link to local priorities and build on local capacities.”