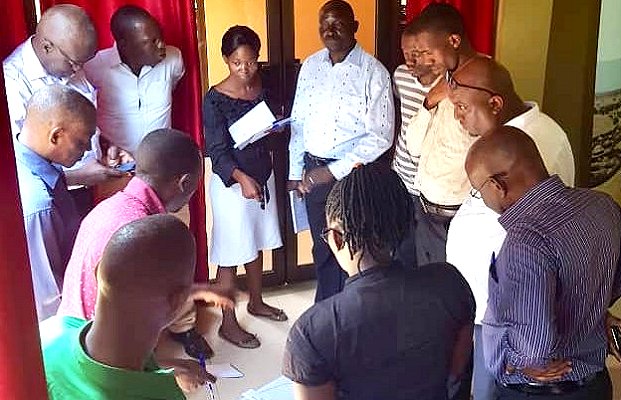 Partners for Resilience agencies late last month hosted a week-long seminar for nearly 40 journalists from Ethiopia and Uganda in the eastern Ugandan city of Mbale, 170km from the capital, Kampala.

It was intended to unpack for the group the latest thinking in the humanitarian and development sectors about the relationship between climate change and disasters.

The Ugandan branch of organizers CARE Nederland tweeted that “‘actors…should make sure to integrate climate change and disaster risk reduction issues in our interventions.’

“Media plays a big role in creating awareness about climate change, disaster risk and resilience in our communities.”

“Disasters have the potential to reverse development gains. Poor and marginalized communities are often adversely affected, with disasters trapping them in a vicious circle of poverty and vulnerability,” the Climate Centre’s Kampala-based Policy and Resilience Adviser Mawanda Shaban told participants.

During the Mbale workshop, the Climate Centre facilitated a discussion about the PfR operating model that integrates disaster risk reduction, climate adaptation and ecosystems within single programmes.

The week also included a field trip to the site in eastern Bududa district of the landslides last October, linked to torrential downpours, that killed at least 43 people and affected hundreds of households.