WMO: Past 22 years include 20 warmest on record 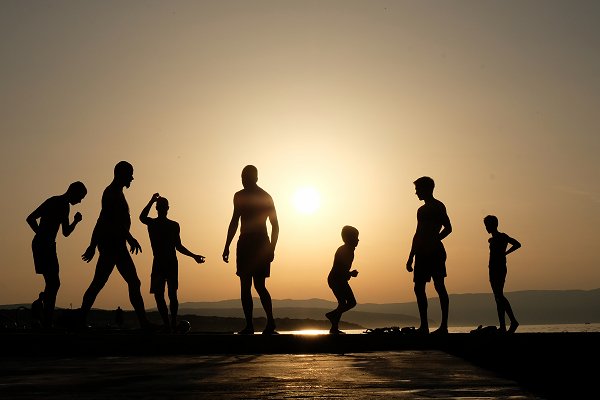 In what it describes as “a clear sign of continuing long-term climate change associated with record atmospheric concentrations of greenhouse gases,” the World Meteorological Organization – an IFRC partner agency – Wednesday confirmed the past four years have been the warmest on record.

“The degree of warming during the past four years has been exceptional, both on land and in the ocean,” said WMO Secretary-General Petteri Taalas Wednesday.

Australia had its warmest January on record, with heatwaves “unprecedented in their scale and duration”, while extreme heat in the southern-hemisphere summer contrasted with extreme cold in parts of North America last month.

“The cold weather in the eastern United States certainly does not disprove climate change,” said Mr Taalas, with the Arctic warming at “twice the global average” and potentially affecting weather patterns at lower latitudes.

‘Warming in the past four years has been exceptional,
both on land and in the ocean’

He added: “Temperatures are only part of the story. Extreme and high-impact weather affected many countries and millions of people, with devastating repercussions for economies and ecosystems in 2018.”

“Many of the extreme weather events are consistent with what we expect from a changing climate. This is a reality we need to face up to. Greenhouse-gas emission reduction and climate adaptation measures should be a top global priority.”

The WMO says five leading international datasets now show the global average temperature last year was 1.0°C above the pre-industrial baseline between 1850 and 1900, making it the fourth warmest on record.

WMO will issue its full State of the Climate 2018 report next month, looking at global temperature and high-impact weather, as well as increasing concentrations of carbon dioxide, Arctic and Antarctic sea ice, rising sea-levels and ocean acidification.

Croatian youngsters enjoy the sun on Krk island in the Adriatic in 2017; the photo was an entry for the WMO 2019 calendar competition. That summer the Croatian Red Cross distributed water and fans to people suffering in the heat, one of many National Societies across Europe that ran public awareness and information campaigns on the dangers of heatwaves. (Photo: Denis Ruzak/WMO)