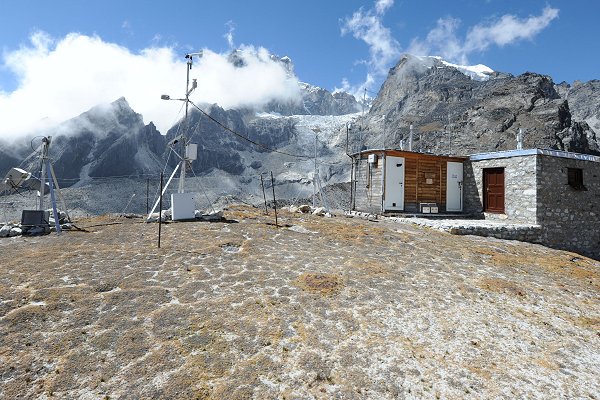 A landmark study released Monday that brought together 350 researchers and policy experts from more than 20 countries has found that even if global temperature rise is limited to 1.5°C, a third of Himalayan glaciers will have melted by the end of the century.

Even in what she called the “increasingly uncertain” 1.5°C scenario, report Co-Editor Aditi Mukheri told CNN the “immediate impact would be an increase in disasters such as glacial lake outbursts, floods that would affect mountain communities, then the next level of impact would be changes in river flows.”

She added that it’s now “extremely likely that our children and grandchildren will just read about glaciers in their books and not be able to see them anywhere”.

The Hindu Kush Himalaya Assessment was five years in the making and is believed to be the most comprehensive report of its kind into the prospects for the Himalayan region under climate change.

Published by the ICIMOD agency for the Hindu Kush Himalayan Monitoring and Assessment Programme, it notes the phenomenon in which higher elevations warm faster, saying that 1.5°C means the Himalayas could warm by more than 2.0°C.

In the least optimistic scenarios for mitigation in which global climate efforts fail, leading to as much as five degrees of warming, two thirds of the glaciers may have gone by 2100.

The Hindu Kush Himalaya (HKH) region is sometimes known as the Third Pole for its vast store of ice.

Its retreating glaciers still feed ten of the world’s most important river systems, including the Ganges, Indus, Yellow, Mekong and Irrawaddy, and directly or indirectly supply billions of people with food, energy and an income in (alphabetically) Afghanistan, Bangladesh, Bhutan, China, India, Myanmar, Nepal and Pakistan.

“This is the climate crisis you haven’t heard of,” said ICIMOD’s Philippus Wester, who led the report.

“Global warming is on track to transform the frigid, glacier-covered mountain peaks of the HKH cutting across eight countries to bare rocks in a little less than a century.

“Impacts on people in the region, already one of the world’s most fragile and hazard-prone mountain regions, will range from worsened air-pollution to an increase in extreme-weather events.

“But it’s the projected reductions in pre-monsoon river flows and changes in the monsoon that will hit hardest, throwing urban water systems and food and energy production off kilter.”

The HKH report was compiled in the style of Intergovernmental Panel on Climate Change global assessments and was reviewed by 125 experts.

It provides “an unprecedented insight into the region’s distinct environment, people and wildlife”, the ICIMOD website said.

It is “the first report to lay down in definitive detail the region’s critical importance to the well-being of billions and its alarming vulnerability, especially in the face of climate change,” said David Molden, Director General of ICIMOD.

The fading glaciers of the HKH region and the river basins downstream from the mountains were jointly a “climatic hotspot” highlighted at D&C Days in Katowice in December by Bruce Currie-Alder, who leads on climate adaptation at Canada’s International Development Research Centre, a partner agency of the event.

“What,” he asked, “are the implications for the one seventh of humanity that lives downstream and depend on those basins for their water supply?”

A remote Global Atmosphere Watch station supported by French and Italian agencies in the Nepalese Himalayas, the highest GAW station in the world. (Photo: WMO)