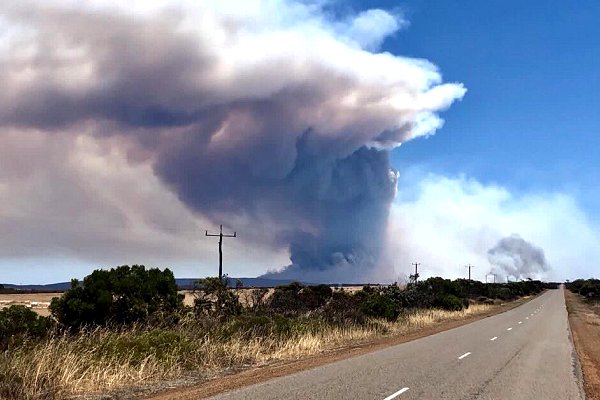 With the southern-hemisphere summer approaching its peak, the Australian Red Cross (ARC) is again warning the public to prepare for extreme heat and its potentially lethal consequences.

The National Society quotes a Bureau of Meteorology (BOM) seasonal outlook that shows day and night temperatures for most of the country will be warmer than average, with large areas also likely to be drier than average.

“The combination of warmer and drier conditions can only mean one thing,” the ARC says: “bushfires”.

It adds that “Australia’s biggest killers when it comes to natural disasters are heatwaves and hot weather – they have killed more people than floods, bushfires and cyclones combined.

“It’s important to know what to do when you or someone else is showing signs of heat stress,” and the ARC website contains detailed guidance on heat health and safety.

The BOM’s most recent (December) ‘climate update’ said 2018 was expected to be among the ten warmest years since records began, meaning nine of ten of Australia’s warmest years occurred after 2004, “in line with long-term trends resulting from anthropogenic climate change.”

The Australian Red Cross, meanwhile, is also reporting that as of 24 December 5,230 farming families have taken up grants introduced with its emergency appeal last year to assist people in areas severely affected by chronic drought.

The Red Cross quotes a Queensland dairy farmer as saying that getting emergency food vouchers involved only a “painless one-page application”.

“We’re hearing about bills being paid,” says the ARC, “families having enough to make it through the next few months and children joining friends on school excursions after their family applied for drought funds.”

Firecrews and volunteers worked through Christmas Day to control a wildfire in the Bremer Bay area of Western Australia that threatened homes and campsites. The Australian Red Cross says forecast high temperatures and dry conditions can only mean more wildfire as the southern summer peaks. (Photo: Department of Fire and Emergency Services, Western Australia)