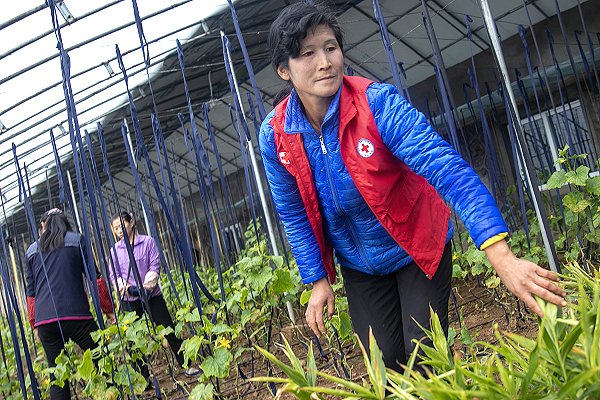 Despite a recent diplomatic thaw, the humanitarian situation in the Democratic People’s Republic of Korea (DPRK) remains one of the world’s most chronic and forgotten crises, with UN sanctions having unintended consequences for already vulnerable people, the IFRC said in a press release late last month.

Last year heatwave and drought, Typhoon Soulik, and floods and landslides “exacerbated and created new humanitarian needs”, according to the International Federation.

“As a result, people have crucial and unmet needs in nutrition, water, sanitation, hygiene and health.

“Infant and maternal mortality rates are well above global averages, especially in rural areas,” while more than 10 million people suffer from food insecurity, under-nutrition and lack of access to basic services.

“The impact of sanctions on basic medicines is severe. For example, the lack of vaccines, anti-viral medicines, rapid testing kits, personal protective equipment for health workers and hand sanitizer were major factors in an influenza outbreak earlier this year.”

The IFRC press release says sanctions against the DPRK are not intended to restrict humanitarian activities or have adverse humanitarian consequences for the civilian population.

But in practice delays occur with “a serious impact on already vulnerable people” due to the fear of banks, suppliers and officials of violating sanctions.

‘The health situation is extremely worrying’

IFRC Head of Delegation and Permanent Observer at the UN, Richard Blewitt, adds: “The delays due to sanctions are especially worrying as the overall humanitarian situation in the country calls for more assistance, not less.

“The sanctions continue to affect the capacity of agencies like the Red Cross to bring in supplies and scale up our response.

“The humanitarian consequences are decreased support, increased need and restrictions on the provision of life-saving materials. We welcome all measures to facilitate and speed up the work of the Red Cross and other humanitarian organizations in the DPRK.

Last August the official Rodong Sinmun newspaper described the heatwave conditions in North Korea prevailing at that point as “unprecedented”.

Red Cross volunteer Sung Myong Hui tends her vegetables in Kwaksan county, one of several communities where the Red Cross has built greenhouses in North Korea. The National Society now supplies vegetables to nurseries, disabled and elderly people, and widows, and “everyone loves them”, she says. (Photo: Anders Jansson/Swedish Red Cross)