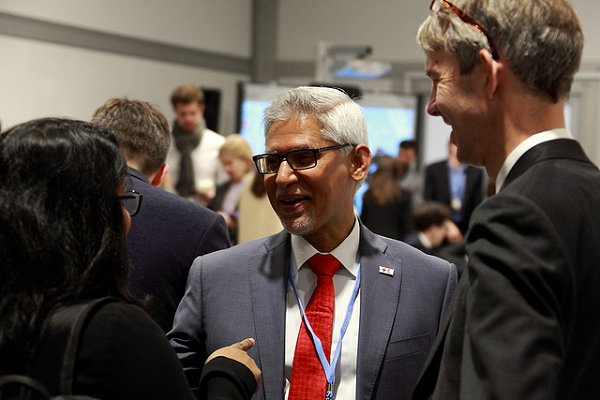 (This story is an IFRC press release issued earlier today.)

The IFRC today welcomed the prospect of what the UN has called a “new era of global climate action” with the adoption by governments at COP 24 late yesterday of guidelines for implementing the 2015 Paris Agreement.

COP 24 President Michal Kurtyka of Poland said “the guidelines contained in the Katowice Climate Package provide the basis for implementing the agreement as of 2020”.

Mr Jagan Chapagain, IFRC Under Secretary General for Programmes and Operations, said: “We must step up efforts to reduce emissions and, especially, respond to the rising risks already hurting vulnerable communities around the world.

“It’s not one or the other. They must go hand-in-hand if we are to make a real impact. Above all, action must be driven for and by communities themselves.”

The UN climate talks in the southern Polish city of Katowice, which ended yesterday, were the first since the report from the Intergovernmental Panel for Climate Change that set out predicted impacts of 1.5°C and 2.0°C rises in the global temperature.

“The urgent, and just still achievable, goal now remains to stop the impacts from getting worse in the future, said Mr Chapagain”

Climate change is already having an impact on vulnerable communities that are struggling to survive because of conflict, insecurity or poverty.

More than half the IFRC’s operations are in direct response to weather-related events and many others are compounded by climate shocks and stress.

This year the IFRC launched a ground-breaking new forecast-based fund that invests in early action to prevent the damage and trauma caused by disasters.

Mr Chapagain added: “Investments in early action make a huge difference to people’s lives. We need to consider value for people as well as value for money.

“The harsh truth – which we in the humanitarian community are confronted with week in week out – is that the world is now stuck with a certain level of impacts, whatever happens on emissions.”

(Note to editors: As well as the resilience round table on 10 December, engagement by the International Red Cross and Red Crescent Movement at COP 24 centred on the weekend Development and Climate Days event, jointly organized by the IFRC’s specialist reference centre on climate, and also attended by the International Committee of the Red Cross and National Society specialists.

Jagan Chapagain, IFRC Under Secretary General for Programmes and Operations, at the resilience round table last week alongside COP 24 in Katowice. He today welcomed the prospect of a ‘new era of global climate action’. (Photo: Climate Centre)