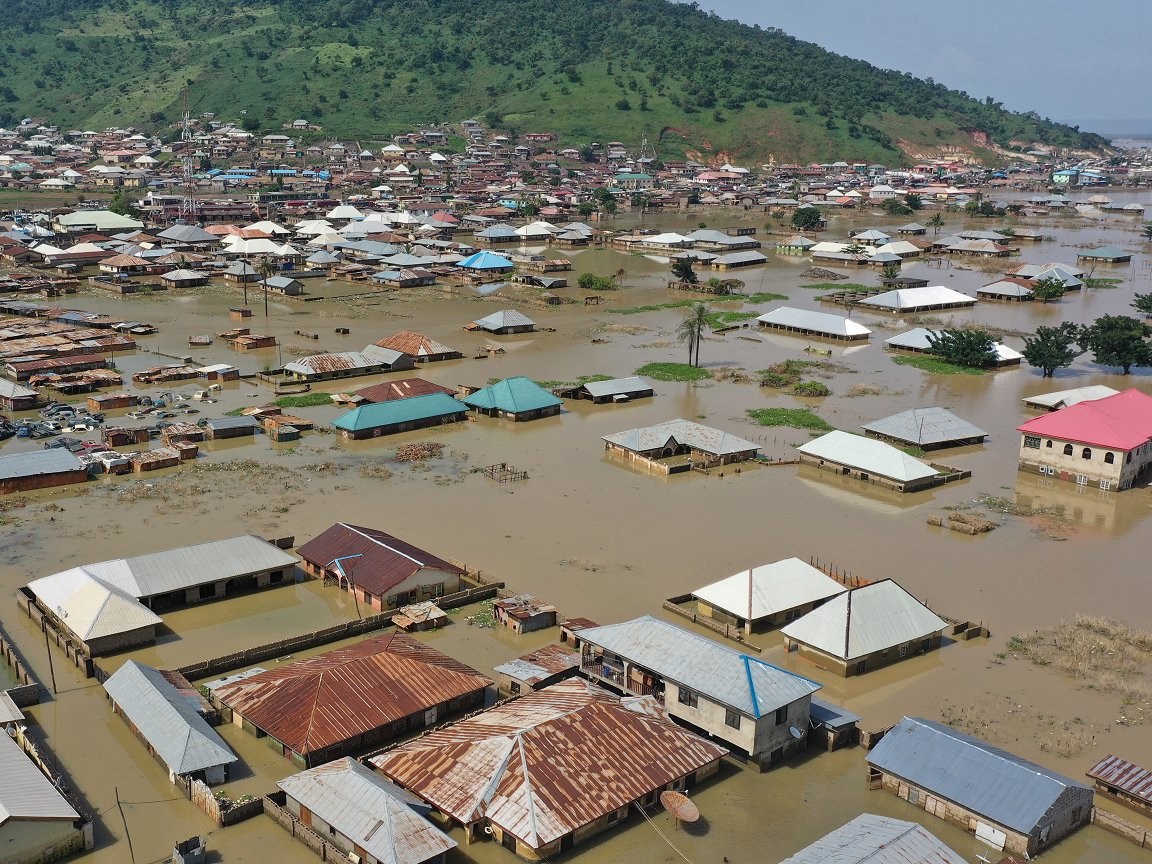 Heavy rain that caused massive flooding in Nigeria, Niger and Chad starting around June was made 80 times more likely by climate change, according to the latest study by the World Weather Attribution team of scientists that includes the Climate Centre.

In Nigeria, the worst affected nation, the floods were described in the October IFRC emergency appeal as “the worst in at least a decade, with a widespread impact in 29 of the country’s 36 states.” Nearly 3 million people were reportedly affected and just over 600 killed, the IFRC added, with some 2 million displaced.

Niger and Chad were severely impacted, and Cameroun and Benin were also affected.

The analysis focused on two regions: the Lake Chad basin, where the wet season saw above-average rainfall, and the lower Niger river basin, where there were shorter but intense downpours.

In  the former, climate change made the extreme rainfall about 80 times more likely and 20 per cent wetter; meanwhile, shorter periods of intense rainfall in the latter are now about twice as likely because of climate change.

“The influence of climate change means the prolonged rain that led to the floods is no longer a rare event,” a WWA press release yesterday said.

“The above-average rain over the wet season now has approximately a one-in-ten chance of happening each year [but] without human activities it would have been an extremely rare event.”

Friederike Otto, Senior Lecturer in Climate Change at Grantham Institute for Climate Change and the Environment, said: “African countries are among the most vulnerable to the impacts of climate change … Including more science and scientists from the region into international climate research is vitally important to understand and address loss and damage.”

A parallel WWA study also published yesterday found that the 2021 rainy season in the Sahel, which usually runs from June to August and strongly influences crop yields the following year, was shorter and drier than usual, contributing to a food security crisis in the region.

However the natural variability of local rainfall and limited weather records “made it difficult to assess relevant climate models and meant [the team] could not determine whether human-caused warming had been a factor,” the WWA press release added.

“The scientists concluded that investment in weather stations is essential for people in the region to understand natural variations, and how climate change is influencing drought now and how it may change with further emissions.

“Both studies noted that the reason these events resulted in such disasters is because people in the region are very vulnerable to extreme weather.”

Climate Centre Director Maarten van Aalst added: “A common thread between both of our studies is that the impacts of extreme weather events and climate change are far worse in contexts of high vulnerability.

“It is crucial that delegates now gathered in Sharm El-Sheikh for COP27 reach an agreement to ensure funding from wealthy nations addresses the impacts already suffered in poorer countries, who are bearing the brunt of climate change.”

The studies included scientists based in Cameroon, Denmark, France, Germany, the Netherlands, Nigeria, South Africa, the UK and the US.

Lokoja, the flooded capital of Nigeria’s Kogi state, earlier this year. Floods in Nigeria were described in the IFRC’s emergency appeal last month as “the worst in at least a decade, with a widespread impact in 29 of the country’s 36 states.” (Photo: IFRC)