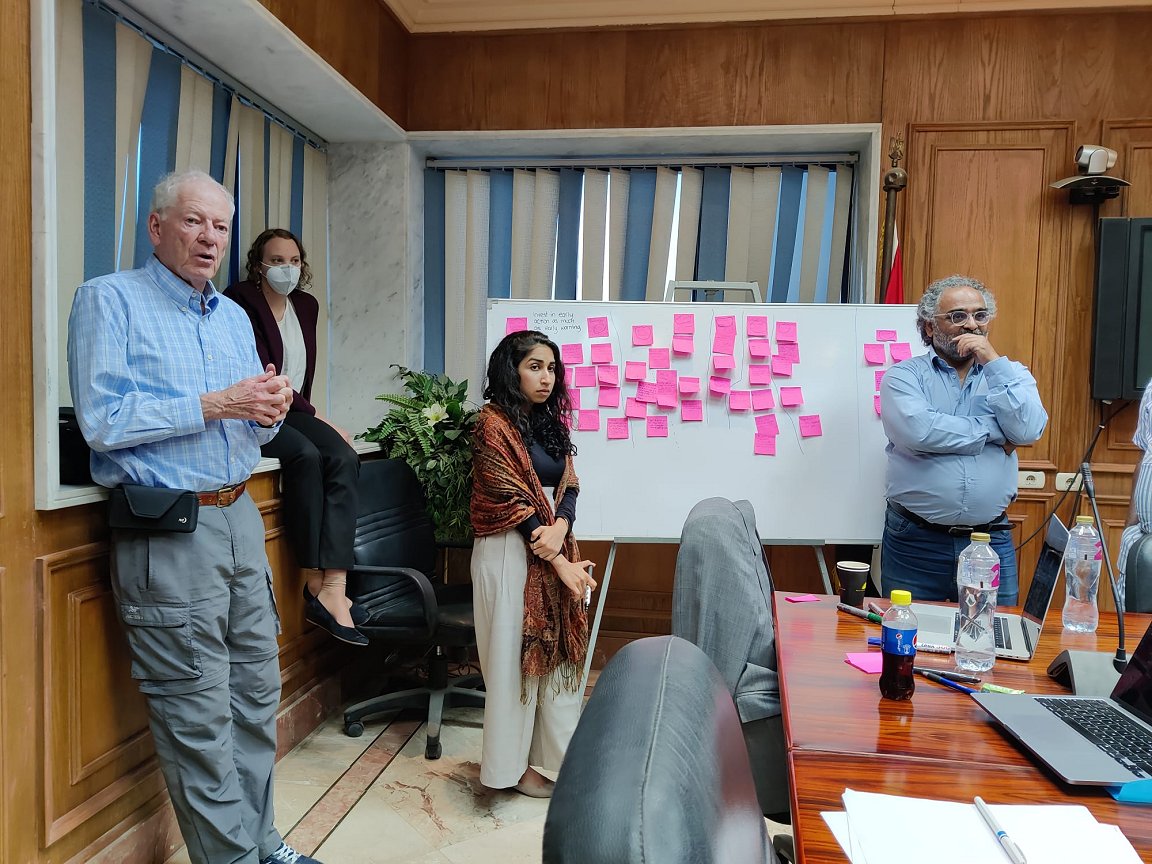 A designedly intergenerational workshop at COP27 earlier this month produced a five-point call to the international community to “get past the hand-shaking to life-saving action” on early warning early action (EWEA).

It aimed to reflect the future of EWEA with dialogue between emerging young professionals and seasoned experts about the past, present, and future of early warning early action in the world.

“Given that 63 per cent of the people are under 39 … there is no time or reason to wait any longer to engage young professionals in climate change-related policy and decision-making processes,” organizers said.

Arguing that the world has seen “unprecedented and continuous escalation of record-setting hydrometeorological shocks due to the effects of climate change,” they argued, the time is now “to better prepare for … foreseeable future changes, particularly by harnessing intergenerational expertise so as to be able to act whenever and wherever such impacts occur.”

The workshop was hosted by the Egyptian Meteorological Authority; it included the Climate Centre and the Anticipation Hub and was led by the University of Colorado Boulder.

The Climate Centre’s engagement with this theme began at last year’s virtual Development and Climate Days, and was then fleshed out alongside the Anticipation Hub’s Future Leaders Network, launched in May; together they were asked to fill a significant portion of the Cairo workshop’s space.

Jointly chaired by early-career professionals working in the academic, humanitarian and government sectors, the Network aims to “connect, inspire, and empower young professionals across practice, science, and policy to work collaboratively on enabling early warnings that translate into anticipatory action on the ground”.

What organizers named “five calls to action for resilient adaptation to climate change as if the future matters” came, as COP27 was getting underway, from the Intergenerational Thinkshop for Hydromet Early Warning Early Action (EWEA): The Engagement of Young Professionals in Disaster Risk Reduction.

The first argued that “[s]ignificant value could be added to early warnings if societal and behavioural realities were more thoroughly considered by forecasters as well as by emergency responders.”

The second call said: “We must improve communication with the most vulnerable and at-risk people through all means possible, including social media, informing them about the objectives for and expected outcomes sought with their inclusion in EWEA.”

EWEA initiatives, thirdly, must “accelerate the inclusion of young professionals in various aspects of [decision-making, which will] go a long way in reducing hydromet hazards’ adverse impacts on lives, livelihoods and economies”.

This was closely tied, fourthly, to the additional provision of space for young professionals’ own institutional needs, and finally, governments and agencies of all kinds “must be prepared to adjust, and even transform, as global climates continue often dramatically to change.”

Early warning early action, the calls conclude by saying, “provides an opportunity for transformative, life-centred change that can attend to the needs of current and future generations.”

The intergenerational workshop at COP27 that produced a five-point call to the international community to “get past the hand-shaking to life-saving action” on early warning early action. (Photo: Climate Centre)