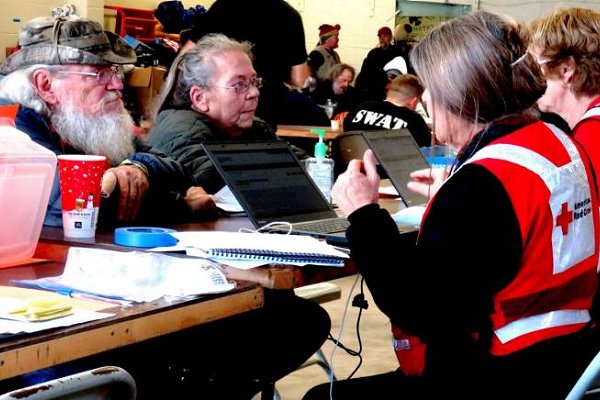 (This opinion piece appeared first earlier today on the IRIN news site. It was timed to coincide with the Climate Vulnerable Forum Virtual Summit, which also included contributions from Partners for Resilience.)

Wildfires anywhere are always the result of a cluster of causes, but man-made climate change played at least some role in the terrible California fires this month, the state’s deadliest. Climate change is no longer seen as a future threat: the reality is hitting us today.

It’s difficult to pinpoint just when attitudes began to change. After Hurricane Harvey? Or scorching heat in Europe? It’s also difficult to avoid the conclusion that this new sense of urgency may have something to do with impacts that are being felt – and given saturation media coverage – in the developed world.

For a few years now, we have been able to put a number to a specific risk. This does not mean that scientists can show that every climate-related hazard has been made more frequent by climate change; the added likelihood may be zero.

But the scorching heat in Europe this summer? Similar temperatures are now up to ten times more likely in some places. Hurricane Harvey’s extreme rainfall, which resulted in nearly US$ 100 billion worth of damage in Houston, Texas? A repeat is three times more likely. The water crisis in Cape Town? Its likelihood of recurring is tripled by climate change.

Climate change is a leveller among nations,
and climate-related problems have caught
the world’s attention as never before

In much of the Global South we often don’t even have the data to know precisely how the climate is changing. A human lifespan is long enough to see the climate changing, though; people know. They have seen seasons change or blur – talk to any farmer, anywhere in the world, who relies on rain-fed agriculture.

They also witness the extremes. They feel the consequences of climate change just as keenly as people in Europe or the United States. Yet, usually uninsured, they pay the price not just in material damage but also in health and, all too often, lives.

In August the International Federation of Red Cross and Red Crescent Societies (IFRC) reported that millions of people were being put at risk as droughts across the world affected food production.

The first example cited? Australia, where in the east a drought with what the Bureau of Meteorology called “few precedents” led the Red Cross to launch an emergency humanitarian appeal for farmers who had lost cattle and crops and whose livelihoods were in jeopardy. The Red Cross cited figures that showed virtually all New South Wales and well over half of Queensland were in drought.

Afghanistan, Kenya, and North Korea were also listed as drought-affected countries. We are simply not used to seeing such a national line-up of disasters.

Droughts, like, wildfires, are complex problems, and it’s often difficult to pinpoint climate change as a cause in the way we could with the Hurricane Harvey floods or the European heat. But it’s clear that climate change is playing leveller among nations and that climate-related problems have caught the world’s attention as never before.

As the workload of humanitarian responders becomes larger and more complex, it’s clearer than ever that the humanitarian system and the donors behind it must step up to deal with climate-related disasters.

The IFRC’s recent World Disasters Report pointed out that millions of people are already being left behind by overstretched agencies for reasons unrelated to climate. Now there is real scope for expanding anticipatory action ahead of the climate-related disasters whose footprint grows, it sometimes seems to me, almost by the week.

Some of these options were explored at the historic science-humanitarian dialogue in Geneva last month. Before that, one very important step was taken within the Red Cross Red Crescent: the IFRC’s emergency fund was expanded to include a window for forecast-based action – something I’m very pleased to say humanitarian donors are increasingly willing to support.

World Disasters Report notes that nearly 20 Red Cross Red Crescent National Societies worldwide are now developing early action protocols to qualify for financing when a forecast arrives, ahead of a disaster, in order to reduce its impacts. Partners such as the World Food Programme, the UN Food and Agriculture Organization, and the Start Network have also been using approaches based on similar principles.

But it’s not just the “regular” extremes that we are concerned about. A key challenge – one might call it a toxic symbiosis – is the relationship between conflict and the impacts of climate change. Each inextricably aggravates the other.

Our colleagues in the ICRC speak of “the four famines”: Yemen, Somalia, South Sudan, and Northern Nigeria. In each, people face extreme double vulnerability to the simultaneous effects of armed conflict and climate. Hardly any of the climate finance currently available reaches such countries, let alone the most vulnerable people within them.

Against this backdrop, humanitarians need to be ambassadors for climate action by, above all, telling the stories of the impacts we address every day and sharing the solutions that work in the most difficult places.

IFRC Secretary General Elhadj As Sy is telling today’s Climate Vulnerable Forum Virtual Summit [keynote speaker P3] that ordinary people from the Sahel to the Pacific know first-hand what climate change is all about, stressing the aptness of the IFRC’s newest member, the Marshall Islands, to be hosting the online event.

He will say, very rightly, that no one is better placed than the Red Cross Red Crescent – with local roots absolutely everywhere – to both “tell the stories” and address the impacts that generate them.

As director of the IFRC’s specialist reference centre on climate, I would only add that we also need to keep up work on the science that helps us understand changing risks in the most vulnerable places.

And we need to make sure that the ambitions of the Paris agreement don’t just reach government ministers and corporate headquarters, but also reach across to the local level, especially in places that are often forgotten.

The IPCC’s recent Special Report on Global Warming of 1.5° said that from here on every additional degree of warming will matter. Indeed it will. Even up to 1.5 degrees Celsius (the scenario we actually hope for!) we’ll face a significant increase in risk. Beyond that, it gets much worse.

We need that increase in ambition not just to reduce emissions but also to more effectively address the rising risks in the humanitarian context by preventing the increasing hazards from becoming disasters. The IPCC special report only confirms the reality, ICRC Vice-President Gilles Carbonnier recently noted, that “humanitarians are already confronting every day”.

Hundreds of American Red Cross volunteers were lending support and comfort to those affected by the California wildfires throughout US Thanksgiving week. Climate Centre Maarten van Aalst argues that climate-related impacts like droughts, fires and storms in the rich world have caught global attention as never before. (Photo: American Red Cross)