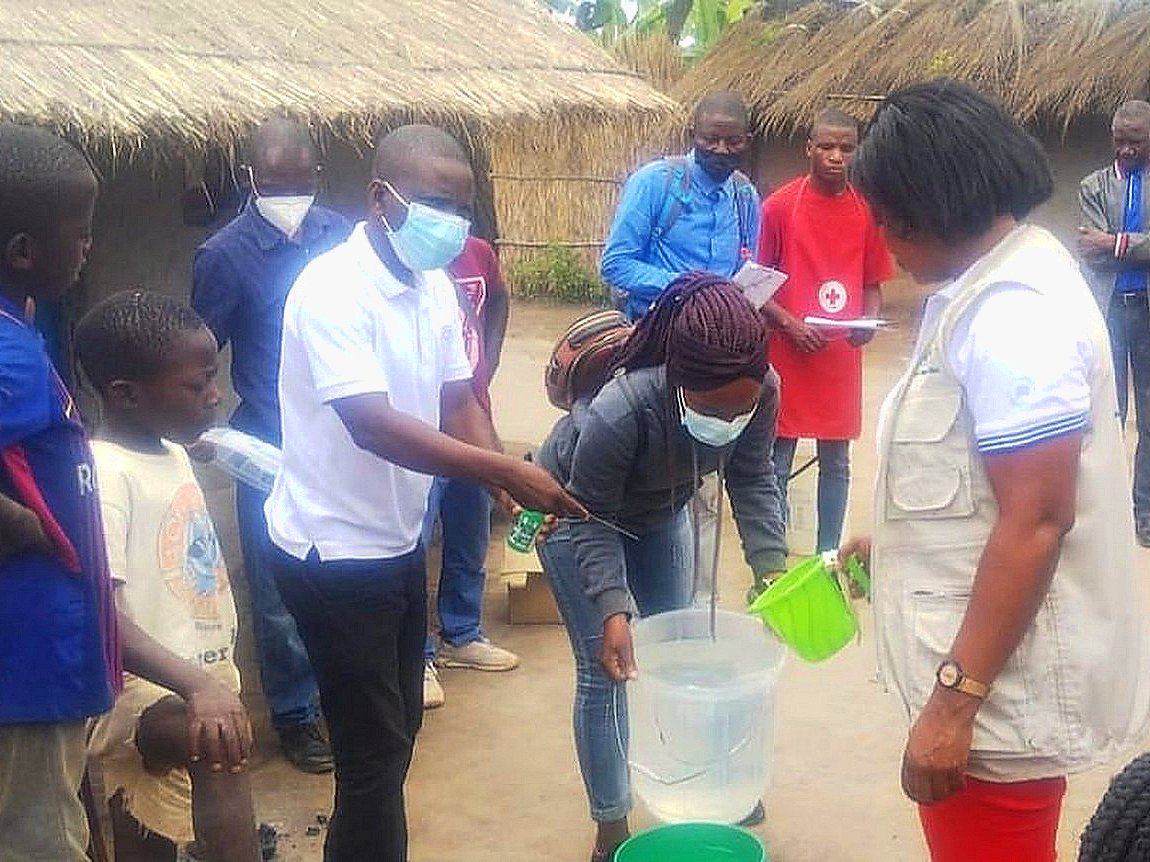 The IFRC’s Disaster Response Emergency Fund Monday approved a grant of nearly 500,000 Swiss francs to help the Mozambique Red Cross address a cholera outbreak that is affecting five provinces and is likely to worsen as the current rainy season nears its peak.

The DREF grant will benefit 240,000 residents of Gaza, Niassa, Sofala, Tete and  Zambezia provinces – all flood-prone areas of the Zambezi valley where Mozambique’s National Meteorology Institute has forecast “heavy seasonal rainfall … through January and February, with the country expected to receive normal to above-normal heavy rainfall,” the IFRC reported.

Earlier this month, health officials in Niassa province, which borders Malawi, indicated “an alarming increase” in cholera cases with, at that point, eight deaths in two districts; the most recent report from the health ministry, on 13 January, speaks of a countrywide caseload of nearly 900 people and 14 deaths.

The IFRC adds: “Given the surge in cases with the ﬂoods season ahead, there is a high risk of exacerbating the cholera and overall humanitarian situations in the coming weeks, until the end of the rainy and cyclone season.”

The most recent update from the US Climate Prediction Center’s Africa Hazards Outlook this week predicts “flooding conditions in western and central Zambia, southern Malawi and Mozambique, and northern South Africa” and “well above-average seasonal rain”.

The new grant for Mozambique follows one late last year for cholera in Malawi, where the government declared a public health emergency in December – an operation scaled up Monday after the DREF loan of 1 million Swiss francs by an IFRC emergency appeal for more than 5 million.

With experience of similar cholera episodes and their compounding impacts when coupled with ﬂoods, the National Society in Mozambique “has collected some key operational lessons which will be put to use during the implementation of this operation,” the IFRC adds.

These include having relief stocks such as water purification material, mosquito nets and blankets strategically prepositioned in accessible areas less likely to be cut off by floodwater, and engaging local leaders to ensure adherence to prevention and control measures by community members (photo).

The Red Cross is part of Mozambique’s national disaster management structure and the inter-agency Humanitarian Country Team; the IFRC’s Maputo delegation has been working closely with the National Society, oﬀering technical support with the new operation.

Together with its Nairobi regional oﬃce, it has provided strategic support, allowing ﬂood preparedness elements to be included in the cholera response.

The IFRC says: “The objective of this operation is to contribute to government eﬀorts to stop the ongoing cholera outbreak by improving the hygiene and health behaviours of communities, interrupting the chain of transmission, strengthening access to case management, and providing information to communities about the upcoming ﬂoods season to prevent its impact and potential worsening of the outbreak.”

The Red Cross will support the government in preparing evacuation centres as well as actual evacuation of high-risk households, ensuring special consideration for pregnant women, the disabled and the elderly.

The National Society is also mobilizing 50 volunteers out of a total of nearly 900 available nationally to support search and rescue, safe river crossing, and first aid in targeted locations.

Mozambique Red Cross volunteers on Monday demonstrating the correct use of proprietary water-purification chemicals to villagers in Niassa province, one of five currently facing a worsening cholera epidemic. (Photo: CVM via Facebook)