UN: Sahel region one of the most vulnerable to climate change 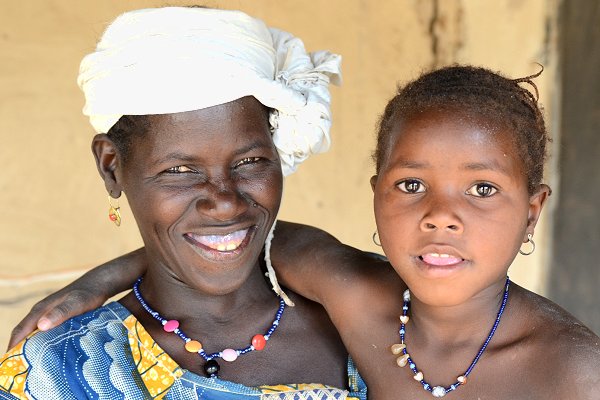 The UN Special Adviser on the Sahel, Ibrahim Thiaw, Monday described Africa’s Sahel region as “arguably one of the most vulnerable to climate change [with most likely] the largest number of people disproportionately affected by global warming”.

He was speaking at the start of the annual session of the Peacebuilding Commission at UN Headquarters in New York, where Deputy Secretary-General Amina Mohammed said the root causes of problems in the Sahel lay in “discrimination, human rights violations, weak governance, conflict, and the impact of climate change”.

The meeting heard that nearly 5 million people have been displaced so far this year alone – a threefold increase in as many years, while 24 million require humanitarian assistance.

The Sahel – 10 states and some 300 million people – is also one of the most environmentally degraded regions in the world, with temperature increases there projected to be 1.5 times higher than the global average, the UN says.

“It is regularly hit by droughts and floods which have enormous consequences on people’s ability to earn a living and feed their families,” according to a report on the commission yesterday by UN News.

“We are convinced that there are solutions, that with effort we can get out of this situation and improve the current trends,” said Ahmed Aziz Diallo, Mayor of Dori city in north-east Burkina Faso, “because the youth that commit terrorist acts are often enrolled to do so not so much by religious conviction but due to a lack of opportunities.

Examples of successful adaptation measures adopted in Dori included reforestation, financial support to farmers, beekeeping (among Partners for Resilience interventions elsewhere in Africa), and cross-border cooperation with other municipalities on joint programmes.

“With rapid population growth estimated at 2.8 per cent a year in an environment of shrinking natural resources, including land and water resources, climate change in the Sahel can compound existing vulnerabilities,” said Inga Rhonda King, president of the UN Economic and Social Council at the commission session yesterday.

Opening last month’s historic science-humanitarian dialogue in Geneva, Ambassador Valentin Zellweger, Head of the Swiss Mission to the UN, cited the ICRC’s recently published Institutional Strategy 2019–22 as saying that “short-term humanitarian problems caused by conflict and violence are made worse by longer-term trends like climate change.”

‘We are convinced that there are solutions’

A year ago this month, the ICRC itself said a precarious security situation in the Sahel region was “overshadowing a massive humanitarian crisis affecting 12 million people” in Burkina Faso, Chad, Mali, Mauritania and Niger.

“Conflicts in the Lake Chad region and Mali, combined with the activities of armed groups across borders, had serious consequences for neighbouring Burkina Faso and Mauritania,” said Patrick Youssef, the ICRC’s Deputy Director for Africa.

“The region’s challenges are exacerbated by climate change, poverty and food shortages,” he added.

At that stage the ICRC was helping more than 1.5 million people in these five countries with seeds, tools, fertilizers, fodder and animal vaccinations.

Specifically on flood risk, new forecast-based financing projects supported by the Red Cross are getting underway on the River Niger in Mali and Niger.

In the village of Sakabala, in Mali’s Kolokani region, where lack of rain caused a harvest to fail in 2012, Kadiatou Konnare, 39, a widow, was struggling to feed her children. The Mali Red Cross Society carried out an assessment and Sakabala was among the villages targeted for an emergency operation to ease food insecurity. (Library photo: Sarah Oughton/IFRC)