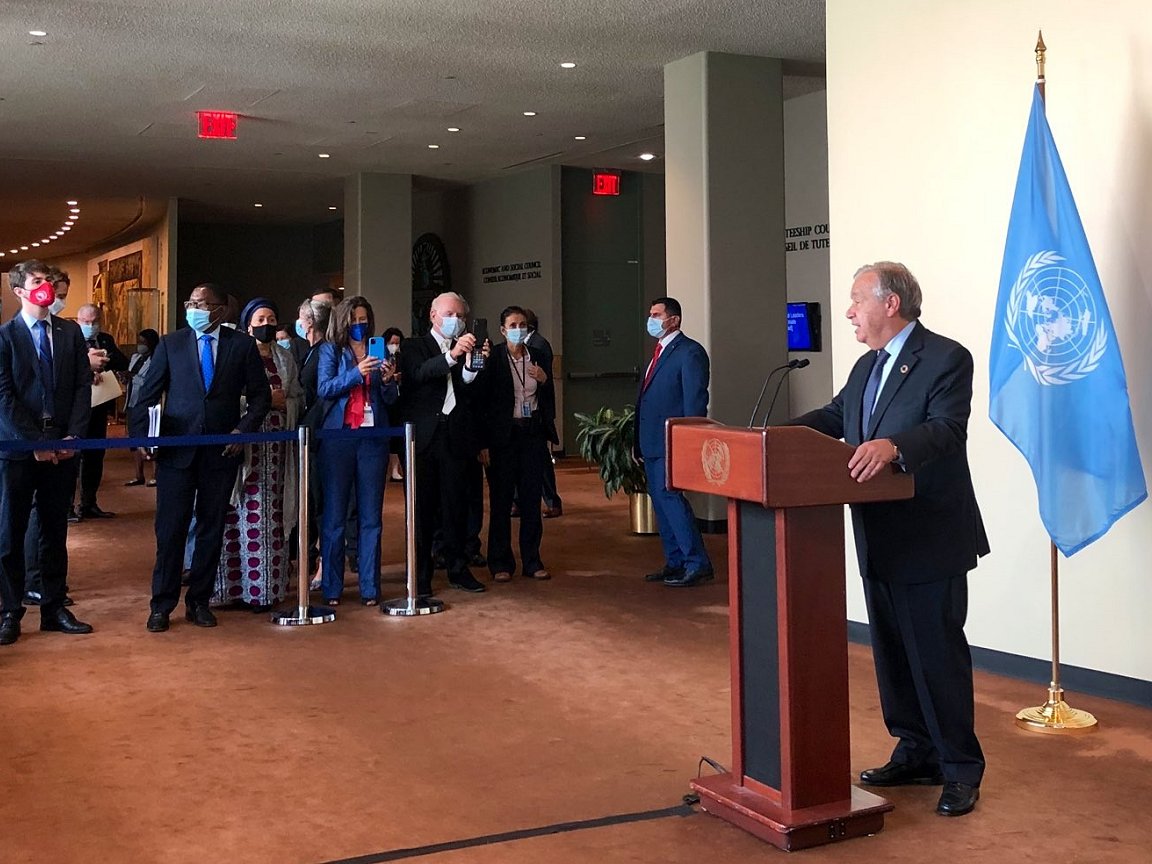 As the high-level week of the General Assembly got underway in New York, the UK yesterday hosted an Informal Climate Leaders Roundtable on Climate Action at UN Headquarters.

He described the round table as “a wake-up call to instill a sense of urgency on the dire state of the climate process ahead of COP 26,” adding that “[s]aving this and future generations is a common responsibility”.

For his part, Mr Johnson said “history will judge” the world’s richest nations if they fail to deliver on their pledge to commit US$ 100 billion in annual climate aid ahead of COP 26.

“We cannot let climate action become another victim of coronavirus,” he said. “Let us be the leaders who secure the very health of the planet for our children, grandchildren and generations to come.”

‘Some progress has been made,
but it’s fragmented and largely process-based’

Also Monday the UK government announced it would spend an extra US$ 140 billion to “phase out coal, move to clean energy and adapt to climate change in developing countries”.

An inter-agency analysis published late last week, meanwhile, assessed progress on the climate and development agenda discussed at the UK-hosted Climate and Development Ministerial in March, and made recommendations for COP 26 to the current UN General Assembly.

A six-month stocktake report includes input from civil society gathered during London Climate Action Week in June, with follow-up by the European climate think tank E3G, the World Resources Institute, and D&C Days partners the International Institute for Environment and Development, and the Climate Centre.

It shows that “while some progress has been made, it has been fragmented and largely process-based. The report summarizes some key recommendations for urgent progress that could be landed and signalled around the [General Assembly],” an E3G blog said.

The US$ 100 billion climate finance goal, the report argues, “should be recognized as a floor rather than a ceiling”, with the General Assembly a key moment for the G7 to provide detail on finance, and the G20 – which this year culminates in the leaders’ summit in Rome in late October – among the “political and technical processes that could unlock action” on climate.

“I asked leaders to do what is needed to make sure COP 26 is a success and that it marks a true turning point,” Antonio Guterres tells media at the UN in New York after the round table on climate action. (Photo: UN/social media)