G7 ministers commit to ‘as anticipatory a humanitarian system as possible’ 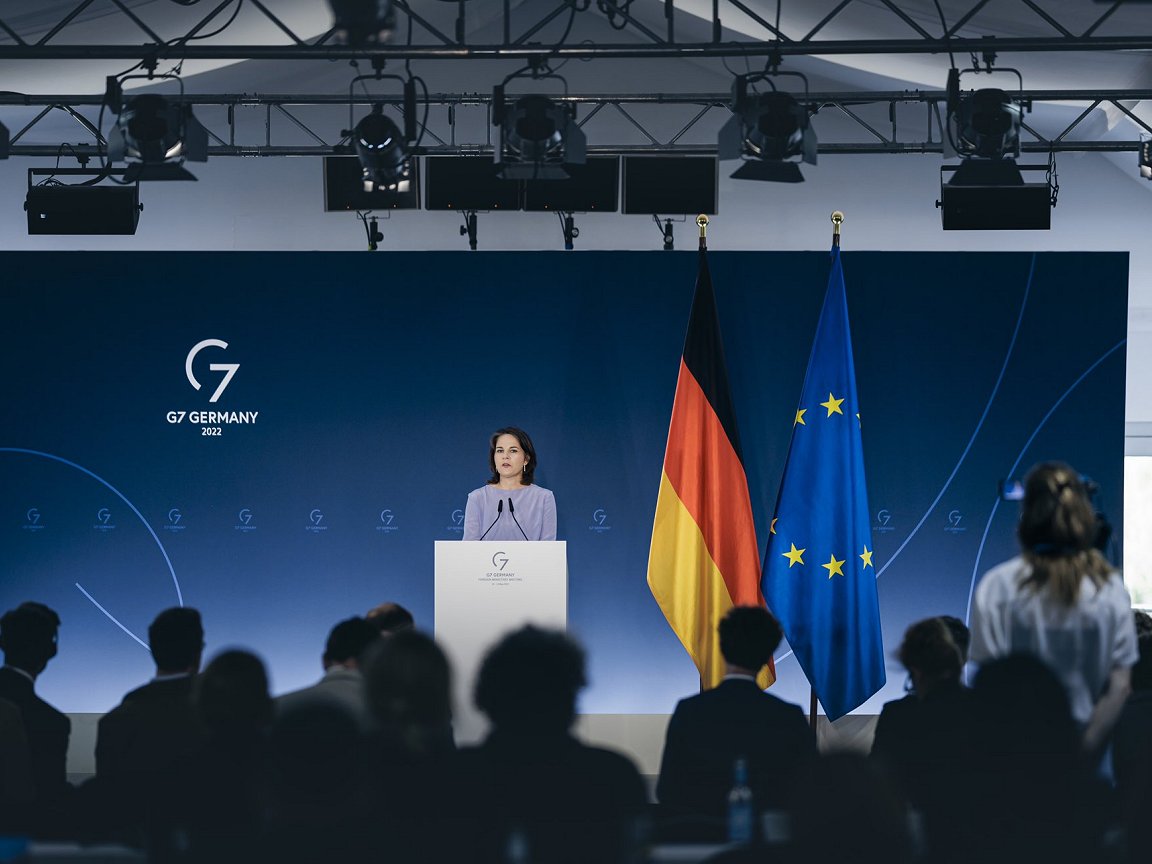 In a statement issued by Germany as the G7 presidency on the second day of their meeting in Weissenhaus, in Schleswig-Holstein state, they said that “based on our shared understanding of the critical importance of preventing and mitigating human suffering and reducing needs before they occur, we, the G7, commit to making the humanitarian system as anticipatory as possible.”

The statement welcomed the UN Secretary-General’s recently disclosed target for everyone on Earth to be protected by early warning systems “against increasingly extreme weather and climate change” within five years.

Traditional humanitarian assistance remained essential in conflict and disasters, it added, but anticipatory action taken ahead of predicted hazards could “prevent or reduce acute humanitarian impacts before they fully unfold”.

The foreign ministers said this required “pre-agreed plans that identify partners and activities, reliable early warning information, and pre-agreed financing, released predictably and rapidly when an agreed trigger-point is reached.”

The current focus was on natural and climate related shocks, but “we must continue to improve our understanding of the role anticipatory action can play in mitigating … other shocks, particularly given that the majority of humanitarian needs result from man-made hazards like conflicts and violence.”

The G7 ministers also committed to strengthen “quality forecasting data on risks, including both hazards and projected needs to improve early warning systems and risk analysis [including] thresholds, triggers, and modelling for anticipation”.

They said they would support the building of a strong evidence base at all levels through initiatives like the Anticipation Hub, the Risk-informed Early Action Partnership and the Global Network Against Food Crises.

On finance, lastly, the statement said: “We, the leading donors of the humanitarian system, strive to significantly increase our financial support in anticipatory action programming [and] will focus our efforts on protracted crises and conflict-affected situations.”

It expressed support for both new financing instruments and existing ones such as the Central Emergency Response Fund, the IFRC’s Disaster Relief Emergency Fund and the Start Network.

The ministers’ statement was specifically endorsed in the full G7 communique later that said: “We reaffirm our commitment to advocate for, enable and systematically embed anticipatory action in the humanitarian system and strive to significantly increase our related financial support.”

The communique also argued that “crisis foresight and early warning supported by data analytics can significantly contribute to more effective prevention, as well as preparedness and responses, and better anticipatory action along the humanitarian-development-peace plus climate nexus.”

Climate Centre Director Maarten van Aalst said today: “Germany has a long-standing commitment to anticipatory action, dating back at least to 2014, when the Federal Foreign Office and the German Red Cross jointly organized a forum in Berlin where climate change was agreed to be fuelling disaster around the world and presenting a major challenge to the humanitarian sector.

“Among other solutions then: better risk analysis, early-warning systems and training for humanitarian actors in especially endangered regions.

“To no insignificant degree through German moral leadership, this gelled into what we now call anticipatory action, and it’s gratifying indeed to see it endorsed at the highest global level.”

German Foreign Minister Annalena Baerbock at the G7 foreign ministers’ meeting in Schleswig-Holstein. They have called for a “paradigm shift toward more efficient, effective and forward-looking humanitarian assistance” to meet a record level of needs worldwide. (Photo: German Foreign Office)