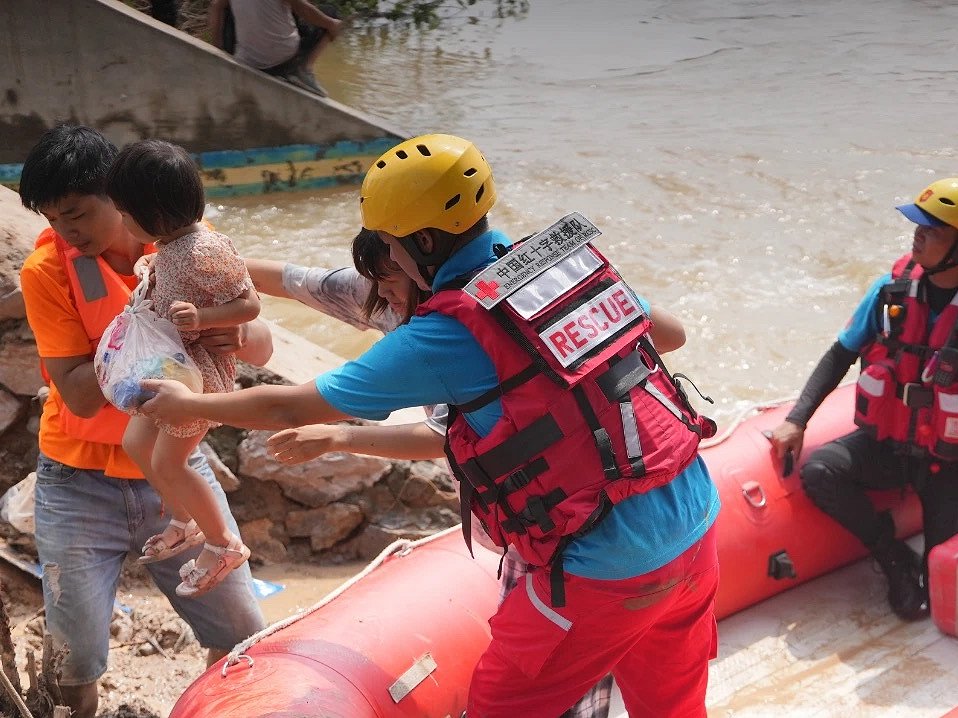 (The Anticipation Hub last week carried a summary of a Climate Centre paper on harnessing anticipatory action to reduce disaster displacement; it argued that displacement from weather- and climate-related events is one of the greatest humanitarian challenges of the 21st century. Another new report from the Climate Centre, also published on the hub, draws on case studies from Bangladesh and Syria to identify considerations when designing anticipatory action for refugees and IDPs.)

The number of internally displaced people in the world reached a reached a record 59.1 million at the end of last year, up from 55 million the year before, according to the Internal Displacement Monitoring Centre’s annual global report for 2021, published late last week.

The IDMC says the unprecedented figure is the result of conflict in countries “ranging from Ethiopia and Afghanistan to Syria and the Democratic Republic of the Congo”.

There were 38 million new internal displacements in 2021 – and nearly 60 per cent, or 22.3 million, were “weather-related”, the IDMC’s figures show, the great majority from storms and floods.

The Secretary General of the Norwegian Refugee Council, Jan Egeland, said: “The situation today is phenomenally worse than even our record figure suggests, as it doesn’t include nearly 8 million people forced to flee the war in Ukraine.

“We need a titanic shift in thinking from world leaders on how to prevent and resolve conflicts to end this soaring human suffering.”

Conflict and violence triggered 14.4 million movements, an increase of almost 50 per cent on the year before. Sub-Saharan Africa was the most affected region, with more than 5 million displacements in Ethiopia alone, the highest figure ever for a single country.

The DRC, Afghanistan and Myanmar also registered unprecedented numbers in 2021, but the Middle East and North Africa recorded the MENA region’s lowest in ten years as conflict in Syria, Libya and Iraq reduced.

Many of the climate- and weather-related displacements were “pre-emptive evacuations in the face of cyclones and floods that struck densely populated areas of Asia and the Pacific region,” the IDMC says.

“China [photo], the Philippines and India recorded their highest figures in five years at 6 million, 5.7 million and 4.9 million respectively.”

“Conflict and violence collided with disasters in many countries, forcing people to flee several times. Be it in Mozambique, Myanmar, Somalia or South Sudan, overlapping crises had severe knock-on effects on food security and heightened the vulnerability of millions.

‘The combination of hazards, vulnerability
and other trends is driving displacement
in all regions, with a particular concern
about small island states’

IDMC Director Alexandra Bilak said: “The trend toward long-term displacement will never be reversed unless safe and sustainable conditions are established for IDPs to return home, integrate locally or resettle elsewhere.

“Peacebuilding and development initiatives are needed to resolve the underlying challenges that hold displaced people’s lives in limbo.”

Climate Centre Director Maarten van Aalst said today that between 3.3 and 3.6 billion people are now estimated to be living “in hotspots of high vulnerability to climate change”.

Briefing a side-event at the Global Platform in Bali on the IPCC sixth assessment report, he said it was “the combination of hazards with high vulnerability and trends including poverty, inequality, unsustainable use of natural resources and urbanization where many people are concentrated in high risk areas” that was contributing to humanitarian crises and “increasingly driving displacement in all regions, with a particular concern about small island states”.

He added in a video link that “the impacts of today are shaping the risks of the future. And that’s also where some regions may be sliding unless we find the mechanisms, including the right financing, to help them cope with impacts today.

“The IPCC is very clear: these are concerns today.”

(The IDMC was established in 1998 as part of the Norwegian Refugee Council.)

Disasters in East Asia and the Pacific taken together were the biggest single source of all displacements last year, according to the Internal Displacement Monitoring Centre. Flooding was particularly intense in China last year, where one event in Henan province in July (pictured) triggered some 1.5 million displacements. (Photo: Chinese Red Cross via IFRC)