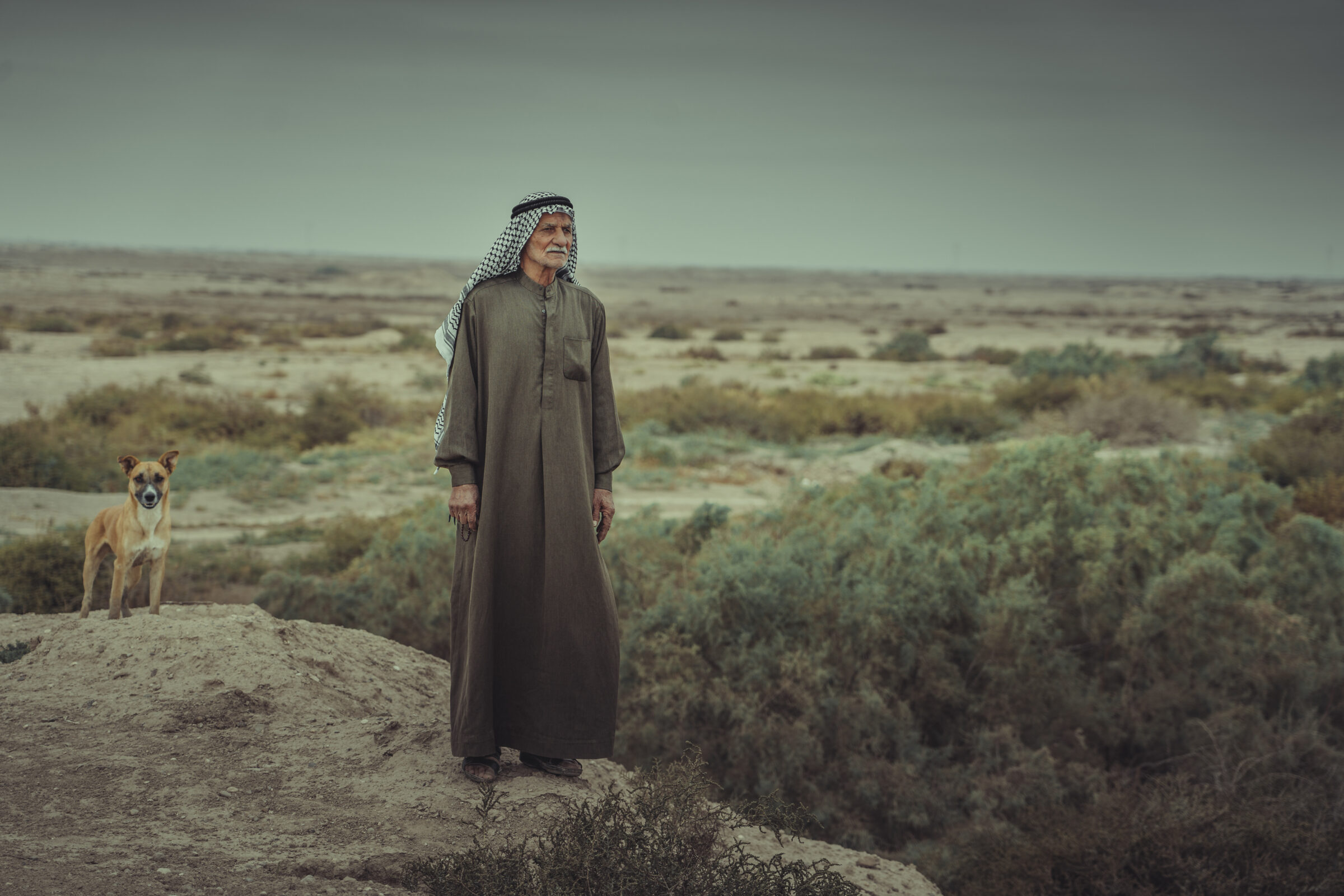 (This story is an ICRC news release issued earlier today, along with b-roll video.)

Iraq has been burdened with wars, sanctions, and domestic conflict for over 40 years, but the potential economic and environmental fallout of the climate crisis is by far one of the most serious long-term threats facing the country today.

Iraq, the country of two rivers, the Tigris and the Euphrates, is one of the five most vulnerable in the world to climate change.

Rainfall has reduced in recent years and rivers dried up, which led to thousands of dunams (one is equivalent to about 1,000 square metres) turning dry and yellow.

“We have been living here for generations. These areas were marshes full of water and the lands were fertile. We used to farm all year. Today it’s a total desert,” said Riyadh Al-Ghazali one of the tribal leaders in Al-Qadasiya district.

Communities residing in areas once known for growing rice and wheat are now struggling to survive.

Al-Miskhab in Najaf governorate has always been famous for growing amber rice, a special type known for its distinctive aroma. “Amber rice is considered one of the finest types of rice in the world. Nothing can compare to it; it has a unique taste and smell,” said Iyad Muhsen, a farmers in Al-Mishkhab.

Food production in Iraq is based on smallholder agriculture, which traditionally has met the needs of its population. However, over past years the sustainability of the agricultural sector has been undermined by many factors, including conflict, climate change, and water scarcity.

Iraq is an agricultural country practising mainly rain-fed agriculture; severe drought, desertification, and the lack of alternative water resources has led to a drastic reduction in the planting of amber rice.

Authorities and residents predict this famous Iraqi rice will no longer exist if these conditions continue.

“The land dedicated to growing rice in Najaf decreased from over 230,000 dunams to 5,000–6,000, and most of what’s grown today is not even amber rice as it needs a lot of water,” said Muhanad Saree, a rice-mill owner.

Farmers are tired and feel hopeless. They are slowly and painfully losing their source of income, their cattle are dying, and they are forced to leave their lands and migrate to urban areas in search of alternative sources of income.

“Our source of income comes from farming and livestock, and both are gone. That’s why our children left and the area is full of abandoned houses,” said Bassem Karim.

Farmers in Iraq made it clear that environmental and climate factors are making their lives harder.

“It’s painful for us to see how dry our lands have become. We are even psychologically affected, frustrated, and don’t know what to do,” said Bassem Karim, a farmer who has a master’s in economics and refuses to leave his land.

The ICRC, along with our partners in the Iraq Red Crescent Society, works to alleviate water stress by rehabilitating water pumping and treatment stations, piped networks, and irrigation systems. We are also supporting hundreds of farmers with cash assistance to help restore their livelihoods.

The growing threat of climate change combined with the lasting effects of conflicts in Iraq have weakened the state’s capacity to maintain infrastructure or support agriculture.

The compound effect of conflicts and the climate crisis are creating urgent needs for the most vulnerable groups, and it is crucial today to mobilize greater support to help people cope with and adapt to climate change in Iraq and other fragile states.