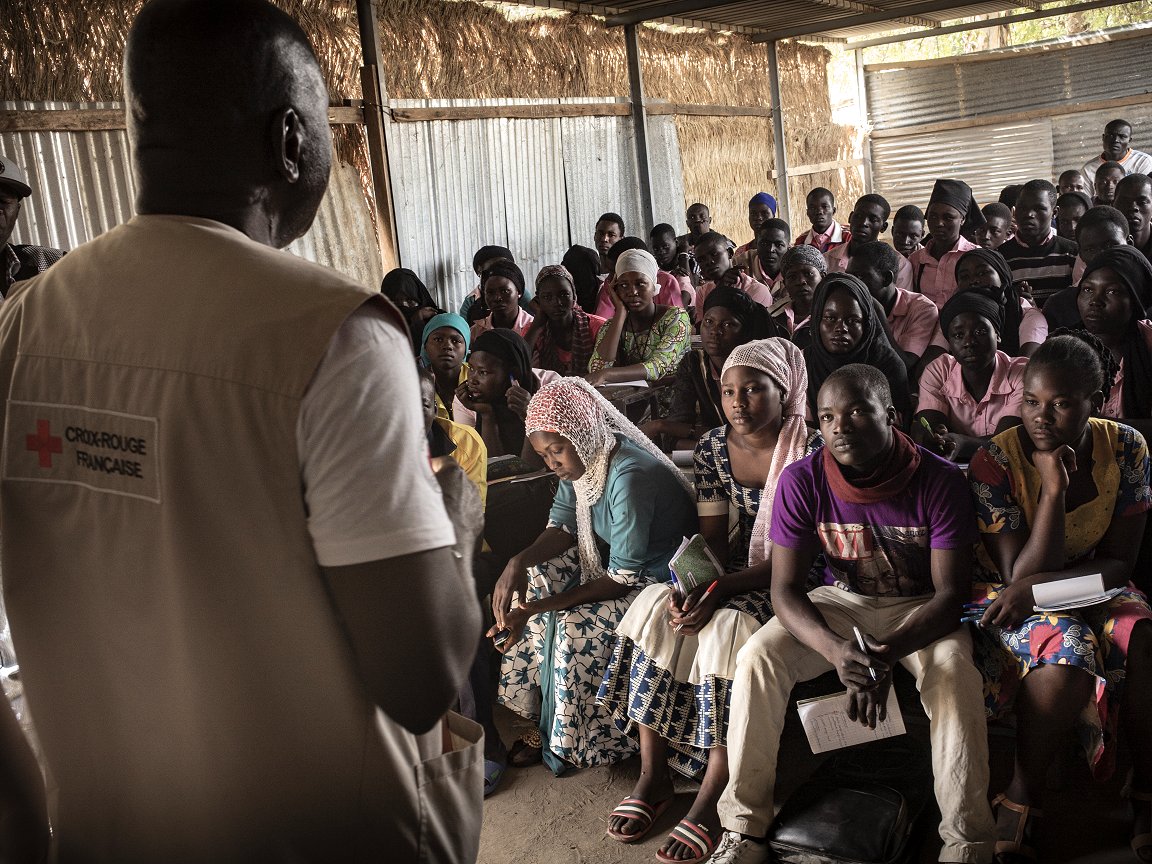 The French Red Cross last week issued a second edition of its wide-ranging report focusing on climate and human health, first published in 2019 alongside the April 2019 global conference the National Society organized in Cannes.

The 2021 Taking care of humankind at +2° includes a comparative analysis of the Covid and climate crises that it says “share many similarities” in that they both partly stem from human activities and consumption, and have disastrous effects on health while placing national health systems under enormous strain.

Vulnerable people, the report says, “are the first to be affected by these two crises that exacerbate inequalities, and yet they are the least equipped to cope with their effects.”

It quotes IFRC President Francesco Rocca’s statement last September that “[t]he climate crisis has not stopped for Covid-19, and millions of people have suffered from the two crises colliding. We have had absolutely no choice but to address both crises simultaneously.”

In a new section on the risk of zoonotic diseases – those caught from animals – the French Red Cross authors write: “The degradation of our biodiversity has allowed new interactions between viruses, animals and humans, leading to the evolution and transmission of these viruses with considerable impacts in terms of morbidity and mortality.”

They argue that “the sudden and brutal Covid-19 crisis, much like the chronic climate crisis, highlights the concrete health consequences of our impact on the planet and climate.

“As such, by fighting climate change and the destruction of natural ecosystems, we will be able to fight epidemics and pandemics. Aligning these responses will contribute to the preservation of our environment and our health.”

The National Society says its own “struggle against the causes and consequences of climate change” was affirmed at its 2019 General Assembly by a resolution, Le climat change, La Croix-Rouge française aussi (The climate changes, the French Red Cross too).

French Red Cross workers hold a health education session in Chad – a country grappling with the triple hazard of Covid, conflict and climate change. The photo appears in the new edition of an FRC report on human health and climate change, (Library photo: Guillaume Binet/CRF-MYOP)