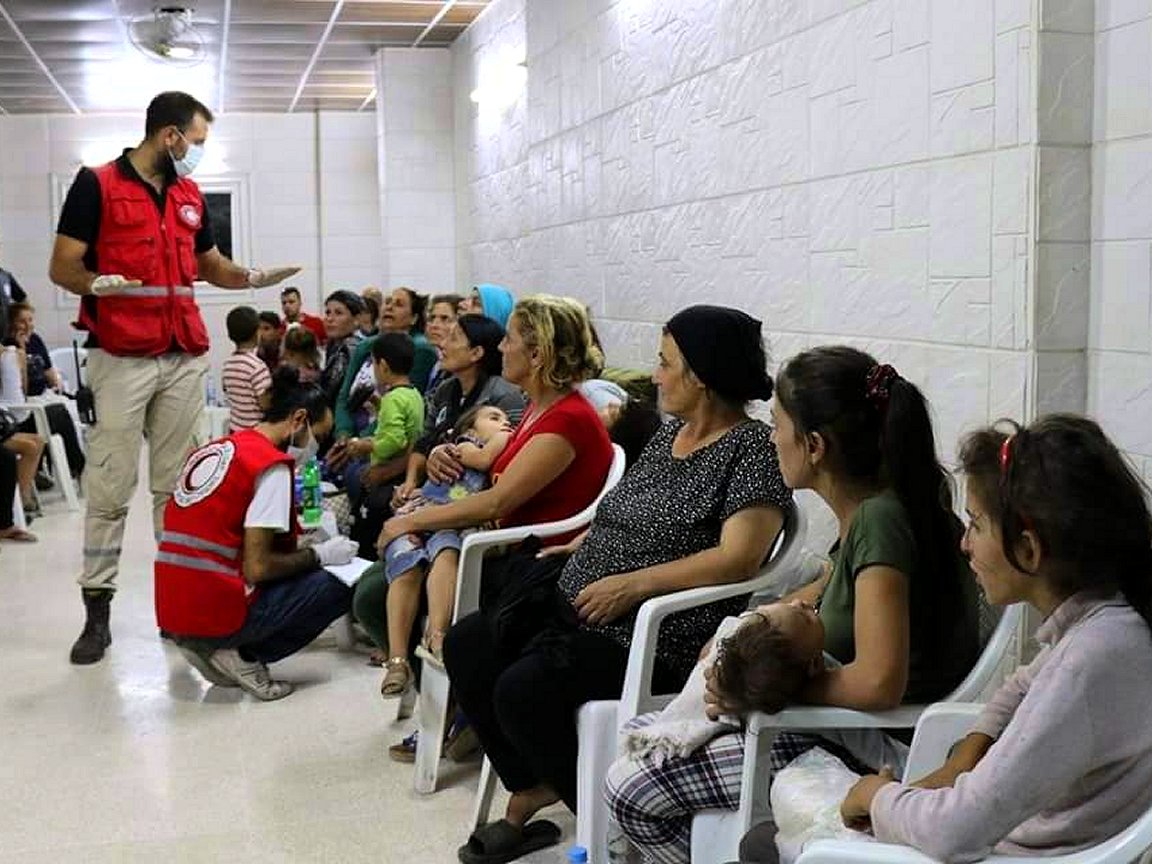 The annual Lancet Countdown report on health and climate change, published late last month in the run-up to COP 26, says climate change is already having unabated and devastating effects on human health.

This year people older than 65 or younger than one year and those facing social disadvantage were the most affected by the record-breaking temperatures of over 40°C in the north-west US and Canada in June – an event that would have been almost impossible without human-caused climate change.

Agricultural workers in countries with a low human development index (HDI) were also among the worst affected by extreme temperatures.

Through rising temperatures and shofting patterns of rainfall, climate change is beginning to reverse years of progress in tackling insecurity in food and water.

‘On the current trajectory, climate change
will become the defining narrative of human health’

At any point in 2020 up to a fifth of the global land surface was affected by extreme drought – a value that had not exceeded 13 per cent between 1950 and 1999.

In parallel with drought, heat is affecting the world’s major staple crops: reductions were recorded of between nearly 2 and 6 per cent for maize, winter wheat, soybean and rice, relative to 1981–2010.

Changing environmental conditions are also increasing the suitability for the transmission of many water-, air-, food- and vector-borne pathogens.

Environmental conditions for the mosquitoes that carry malaria expanded by nearly 40 per cent between 1950–59 and 2010–19 baselines in densely populated highland areas in the low HDI group.

The epidemic potential for dengue, Zika, and chikungunya viruses increased globally, with a reproductive increase of 13 per cent for transmission by Anopheles aegypti and 7 per cent for Anopheles albopictus, compared with the 1950s.

Similar findings are observed in the environmental suitability for Vibrio cholerae, a pathogen estimated to cause almost 100,000 deaths annually.

“The concurrent and interconnecting risks posed by extreme weather events, infectious disease transmission, and food, water, and financial insecurity are overburdening the most vulnerable populations,” the Lancet Countdown says.

“Through multiple simultaneous and interacting health risks, climate change is threatening to reverse years of progress in public health and sustainable development.”

The report argues that “on the current [warming] trajectory, climate change will become the defining narrative of human health.”

But it adds that by directing the trillions of dollars earmarked for Covid to “a healthy, green recovery, the world could meet the Paris Agreement goals, protect the natural systems that support well-being, and minimize inequities…”

Promising developments in the Lancet Countdown’s data include increases in renewable wind and solar energy of 17 per cent between 2013 and 2018 and in the number of electric vehicles worldwide to a total of 7·2 million in 2019, and a fall in new coal capacity of 10 per cent in 2020.

It says the global pandemic has driven increased engagement in health and climate at many levels in society, but whether “Covid-19 recovery supports, or reverses these trends, is yet to be seen”.

As with Covid vaccines, it says, tackling climate change requires all countries to deliver an urgent and coordinated response.

“Leaders of the world have an unprecedented opportunity to deliver a future of improved health, reduced inequity, and economic and environmental sustainability. However, this will only be possible if the world acts together to ensure that no person is left behind.”

The Lancet Countdown is updated with new and improved indicators every year and represents the consensus among leading researchers from more than 40 academic institutions and UN agencies.

Huge wildfires boosted by an unusual heatwave blazed around the Syrian cities of Tartus and Latakia in October 2020, damaging or destroying scores of villages and forcing thousands of families to flee their homes (photo). The Syrian Arab Red Crescent carried water to firefighters and took injured people to hospital. The latest Lancet Countdown report says nearly 60 per cent of countries saw an increase in the days people were exposed to “very high” or “extremely high” fire danger between 2001–04 and 2017–20 baselines. (Photo: SARC via IFRC)