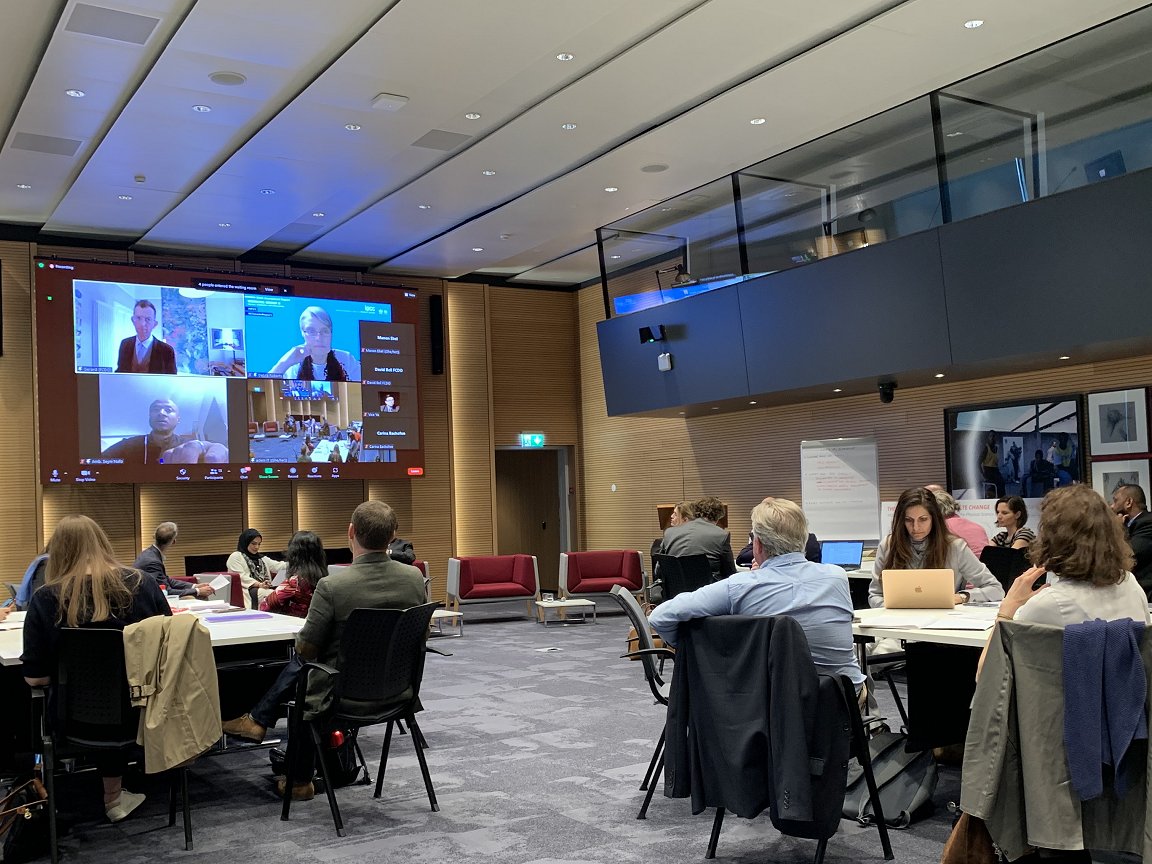 The Egyptian and United Kingdom Missions to the United Nations in Geneva and the IFRC last week organized a new climate science and humanitarian dialogue (CSHD) to discuss the IPCC Working Group II report released in February.

The presentations and workshops sought to increase understanding of the policy and humanitarian implications of climate change.

The IPCC report on climate impacts, adaptation and vulnerabilities was discussed and evaluated against humanitarian programmes and strategy.

In particular, the meeting sought to identify “what humanitarians can and must do to support communities to build resilience, reduce disaster risk and adapt to climate change” and minimize loss and damage, organizers said.

The event heard from climate-vulnerable countries and small island developing states on shared experience and best practice for tackling the humanitarian risks of climate change, as well as from the Red Cross Red Crescent Movement that is working to address these issues.

IFRC Secretary General Jagan Chapagain said in a keynote address it had “effectively launched us into a new era, [one] where the whole world sees the climate crisis as a humanitarian crisis unfolding today.

“The IPCC report confirms what the IFRC and [National Societies] have already witnessed for years: climate change is already disrupting the lives of billions, particularly the world’s poorest who have contributed the least to it.”

In 2018, the IFRC took the lead in coordinating the first CSHD in partnership with Switzerland, Fiji, the Netherlands, the IPCC itself, and the Climate Action Network that launched the IPCC 1.5°C report to the humanitarian community; a smaller CSHD was held virtually in 2019 connecting COP25 in Madrid with panellists from the 33rd International Conference of the Red Cross and Red Crescent Movement.

Egypt’s Permanent Representative to the UN in Geneva, Ambassador Ahmed Ihab Gamaleldin, said at Friday’s meeting that as incoming COP president, his country wanted “to stress the importance of advancing anticipatory action and preparedness, based on reliable scientific evidence.

“Early warning and early action saves lives, averts and minimizes loss and damage. Egypt has been part of the Risk-informed Early Action Partnership since 2019, and…participated in the launch of the UN Secretary General’s new initiative to ensure coverage of early warning systems for everyone on the planet within five years.”

The United Kingdom’s Deputy Permanent Representative to the UN in Geneva, Ambassador Miriam Shearman, said: “We must plan and agree on how we respond to forecasts of shocks, and we must make sure the money is in place to deliver that response.

“It is also especially important that we support countries in conflict, which are least able to anticipate and respond to shocks. We know that this proactive approach can save lives, protect development gains and offer a smarter use of our finance.”

As part of its own contribution to the CSHD, the Climate Centre designed small-group discussions between experts on important areas for scaled-up action, including anticipatory action, incorporating climate risk into humanitarian programming, supporting local action, loss and damage, and climate risk in conflict settings.

Debra Roberts, WGII co-chair, who presented the IPCC report’s findings, noted that humanitarians are on the front lines in communities most affected by the rising climate risks assessed in the recent report and best placed to act on its recommendations.

Climate Centre Director Maarten van Aalst, who is also a Coordinating Lead Author of the WGII report, said IPCC reports are not just an authoritative scientific summary of the best climate knowledge, but through their governmental approval process have a very special status in the climate negotiations and policy.

“The days of climate change being conceived as about risks to polar bears on melting ice shelves are long gone,” he added. “It’s now about people, about risks we face every day, and about decisions we take today that affect human lives now and in the future.”

Mr Chapagain also noted that there are now 220 signatories to the climate and environment charter developed with the ICRC, as well as three national supporters, adding that the EU was signing this week: “None of this is possible without solidarity. We must unite as a humanitarian community.”

Last week’s climate science-humanitarian dialogue heard from IFRC Secretary General Jagan Chapagain that the February IPCC report on climate impacts confirms what the Red Cross Red Crescent has been seeing for years: climate change is already disrupting the lives of billions, particularly the world’s poorest who have contributed the least to it. (Photo: UK mission)