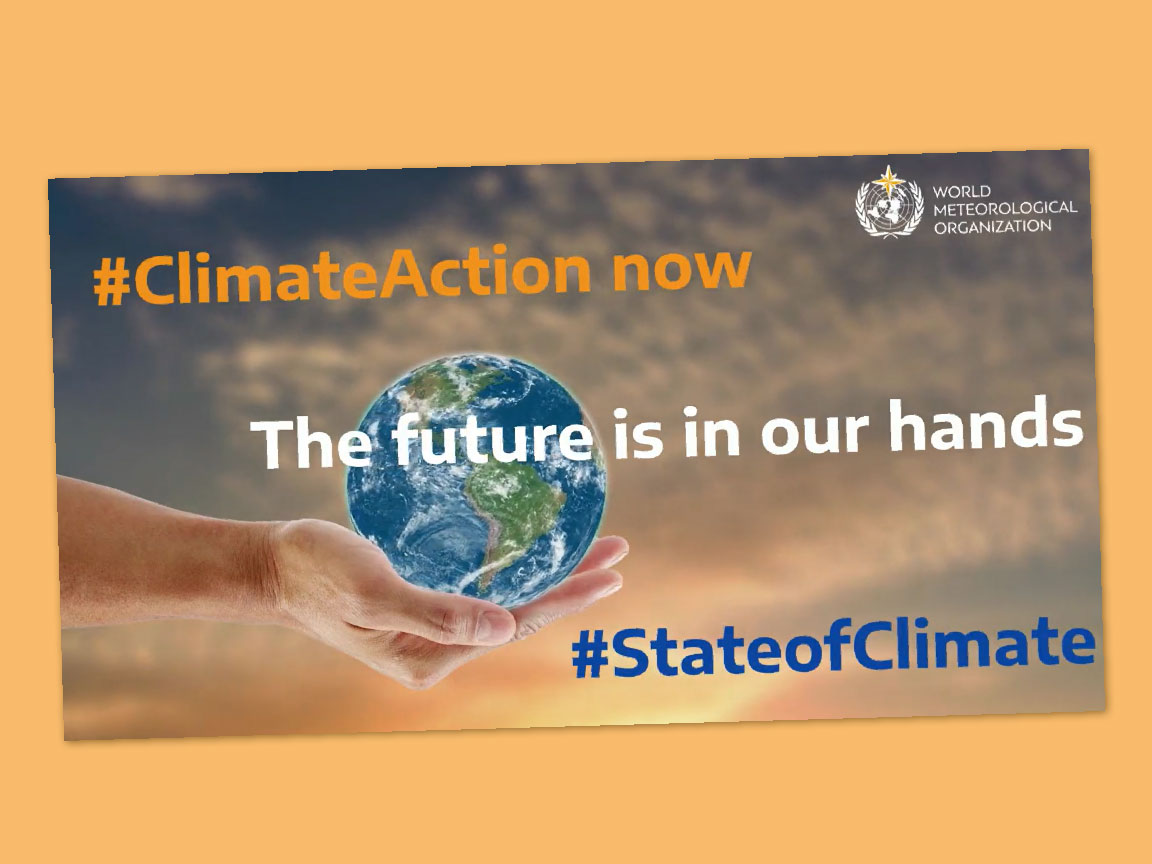 The World Meteorological Organization says extreme weather, which it describes as “the day-to-day face of climate change”, led to hundreds of billions of dollars in losses and wrought a heavy toll on people, triggering shocks for the security of food and water supplies and human displacement that have worsened this year.

A WMO statement today said: “This is yet another clear sign that human activities are causing planetary scale changes on land, in the ocean, and in the atmosphere, with harmful and long-lasting ramifications for sustainable development and ecosystems.”

These are some of the report’s key findings in brief, for 2021 unless otherwise specified:

*Greenhouse gas concentrations reached a new high at 149 per cent of their pre-industrial level.
*The global temperature was around 1.11°C above the 1850–1900 pre-industrial average, although not as warm as some recent years owing to a cooling La Niña.
*The years 2015 to 2021 are the seven warmest years on record.
*Ocean heat was at a record high and is expected to continue to rise – “a change which is irreversible on centennial to millennial time scales”; ocean acidification is also unprecedented.
*Sea levels rose at an average 4.5mm a year over the period 2013–2021, more than double the rate between 1993 and 2002, with “major implications for hundreds of millions of coastal dwellers and [increasing] vulnerability to tropical cyclones”.
*2021 was “a particularly punishing year for glaciers” in Canada and the north-west US, with a record loss of ice in summer heatwaves and fires.

*Exceptional heatwaves broke records across western North America and the Mediterranean.
*Floods caused huge losses in China’s Henan province and Western Europe.
*Drought affected the Horn of Africa, Canada, the western US, Iran, Afghanistan, Pakistan, Turkey and sub-tropical South America. “Eastern Africa is facing the very real prospect that the rains will fail for a fourth consecutive season, placing Ethiopia, Kenya and Somalia into a drought of a length not experienced in the last 40 years,” says the WMO.
*The combined effects of conflict, extreme weather, economic shocks, and Covid “undermined decades of progress towards improving food security”.
*The countries with the highest numbers of displaced people, an issue exacerbated by hydrometeorological hazards, were China (1.4 million), the Philippines (nearly 400,000) and Vietnam (nearly 700,000).
*Some ecosystems are deteriorating “at an unprecedented rate”.

WMO Secretary-General Petteri Taalas said today: “The heat trapped by human-induced greenhouse gases will warm the planet for many generations to come. Sea level rise, ocean heat and acidification will continue for hundreds of years unless means to remove carbon from the atmosphere are invented.

“Some glaciers have reached the point of no return and this will have long-term repercussions in a world in which more than 2 billion people already experience water stress.”

Listing the drought emergency unfolding in the Horn of Africa, recent deadly flooding in South Africa, and the extreme heat in India and Pakistan, Professor Taalas said early warning systems are “critically required for climate adaptation” but are available in less than half of the WMO’s member states. “We are committed to making early warnings reach everyone in the next five years, as requested by the UN Secretary-General António Guterres.”

In a video message to accompany the report, Mr Guterres proposed five steps to promote a transition to renewable energy, including wider access to technology, a tripling of private and public investments, and an end to subsidies for what he called “the dead end” of fossil fuels.

The report from the WMO – the UN system’s authoritative voice on weather, climate and water – complements the IPCC’s sixth assessment of the global climate, report, which includes data up to 2019.

In our Red Cross Red Crescent operations around the world, we’re seeing the impacts of these changes on a daily basis: people are suffering and dying, and it’s harder and harder to cope with more extreme conditions and freak events, as this as the new WMO report highlights, writes Climate Centre Director Maarten van Aalst, who is also Coordinating Lead Author on IPCC Working Group II.

We’re already seeing the complex cascading risks that the IPCC warned about in February: the Horn of Africa, for example, is not only suffering from drought but also from the aftermath of floods and locust infestations just two years ago, the socio-economic impacts of Covid, conflicts, and now rising food and energy prices due to the war in Ukraine.

In addition, the heat in India is putting their wheat harvest at risk, triggering an export ban and yet further increases in global food prices.

With all these compound crises, the poorest and most vulnerable are hit hardest. We must help them survive these shocks and also to build resilience in the face of the combined threats of a hotter and increasingly volatile climate and growing global insecurity.

It’s deeply concerning that the combined impact of Covid and the climate crisis, and now the conflict in Ukraine, is threatening decades of progress in reducing extreme poverty while increasing people’s vulnerability to future shocks.

A screen grab from the WMO video highlighting its State of the Global Climate 2021. The report says four key indicators of climate change set new records last year amid “planetary-scale changes on land, in the ocean and in the atmosphere”.