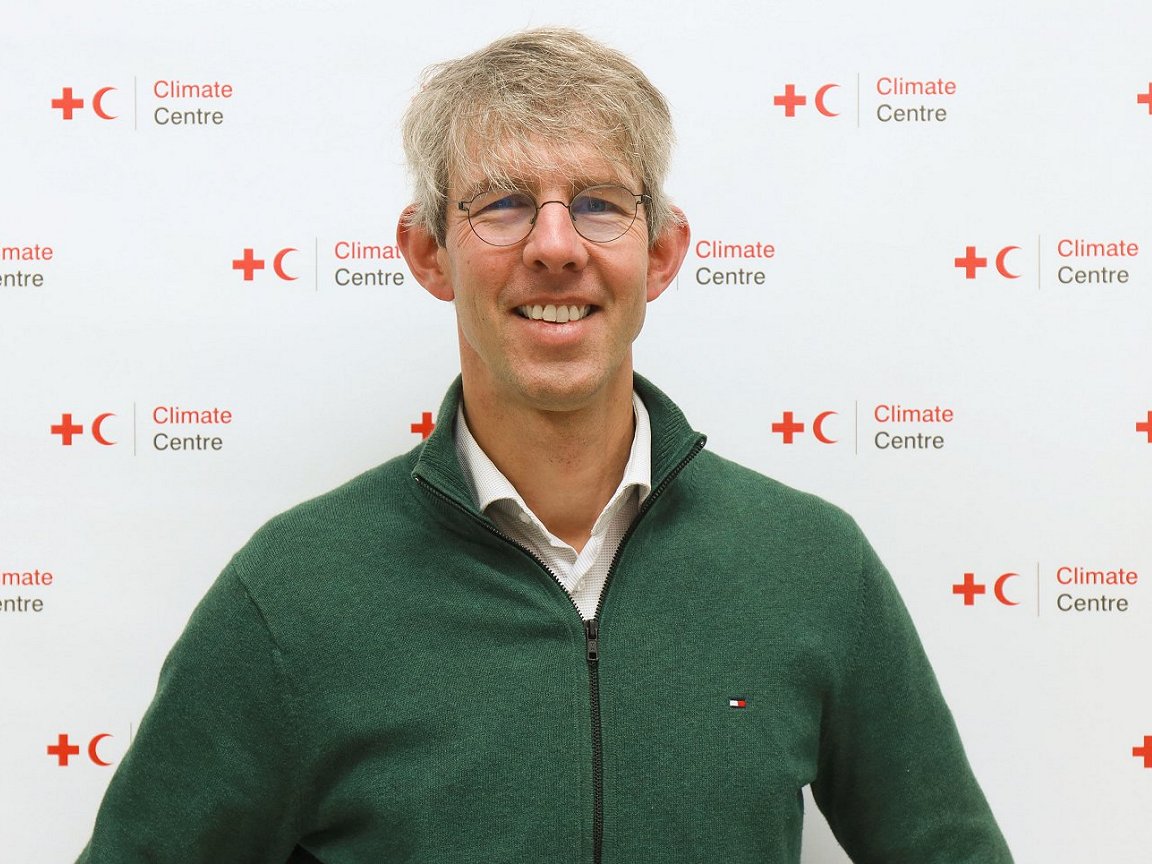 Professor Van Aalst, who holds the Princess Margriet Chair in Climate and Disaster Resilience at the University of Twente, had led the IFRC’s specialist reference centre on climate since 2011, when he succeeded its founder, Madeleen Helmer.

It is also developing a national multi-hazard early-warning centre, and it provides climate scenarios for the Netherlands.

‘We have a long way to go to fully address the massive challenges of climate change, but there’s now considerable momentum’

Professor Van Aalst, who was born on 15 March 1974 in the central Netherlands town of Ede, holds a PhD in atmospheric science, an MSc in astrophysics and Propedeuse degrees in physics and astronomy, all from Utrecht University, also his home city where he lives with his wife and three children.

He said today: “I’m humbled and honoured in equal measure by this appointment, and my only regret is leaving behind my much-loved colleagues at the Climate Centre, as well as the exceptional privilege of being able to do humanitarian work globally.

“My passion lies at the intersection of science, policy and practice, with continuing –indeed now growing – ambition to contribute to a better world.

“I look forward to working with all the excellent KNMI staff to help them tackle the major challenges facing the Netherlands and the world.”

The Climate Centre, an international foundation governed by a board including the IFRC, the Netherlands Red Cross and the ICRC, is hosted by the NLRC in The Hague, whose Secretary General Marieke Van Schaik said today: “I’m extremely proud of what we have achieved on climate in the Red Cross Red Crescent – much of which stems from the amazing partnership between the Climate Centre, the IFRC and many of its members, and in recent years also the ICRC.

“I could mention simply the momentum on climate in so many National Societies, the adoption of IFRC’s Strategy 2030 with climate as one of its top priorities, the Climate and Environment Charter for Humanitarian Organizations, and the new Climate Platform.

“Or the transformational impact of the centre has had in making the entire humanitarian system more anticipatory rather than just focused on relief, including the development of forecast-based financing and the establishment of the Anticipation Hub, as well as the Risk-informed Early Action Partnership initiated at the 2019 UN Climate Summit and now hosted by the IFRC.

“I could also highlight the IPCC’s flagging of the humanitarian consequences of climate change; the attribution studies analysing specific disasters to identify the fingerprints of climate change; and most recently the breakthroughs on loss and damage at COP27. And even this is not all.

“We have a long way to go to fully address the massive challenges climate change is posing for our humanitarian network, but there is also now considerable momentum.”

Hillie Beentjes, Deputy Secretary-General of the Dutch Ministry of Infrastructure and Water Management, whose appointment this was, said today: “With Maarten van Aalst, the KNMI will have an inspiring chief director.

“With his knowledge, his experience and his international network, he will advance the KNMI. I look forward to working with him.”

Professor Van Aalst is an IPCC Coordinating Lead Author, a member of the European Scientific Advisory Board on Climate Change, and editor-in-chief of the scientific journal Climate Risk Management. He has advised the World Bank, the OECD, and various UN organizations on the risks associated with a changing climate.

The University of Twente’s Freek van der Meer added today: “We look back with great satisfaction on the work Maarten has done for the Princes Margriet chair, both with his scientific work and his contribution to public debate.

“His new position certainly doesn’t mean a parting of ways: as a university we have close ties with KNMI and will certainly meet up again in that context.”

Yolanda Kakabadse, the former Ecuador environment minister who took over as Chair of the Climate Centre’s board last year, said today: “Our loss is very much KNMI’s gain, and we wish Maarten well in his extremely important new role, while hoping to hang on to him as a partner and Red Cross volunteer.”

“I too am so proud of the amazing Climate Centre team which he’s been instrumental in building over the past decade – a diverse group of genuine experts based all over the world, all with a great capacity for innovation and partnership, and with real impact on the ground.

“Many team-members have already become leaders in their own right, so I’m confident that Maarten’s space will soon be filled with new energy and ideas, and his successor – who has large shoes to fill – will be able to hit the ground running.”

Associate Directors Carina Bachofen and Julie Arrighi, based respectively in The Hague and Washington, DC, will take over leadership of the Climate Centre in January until a new director is named.